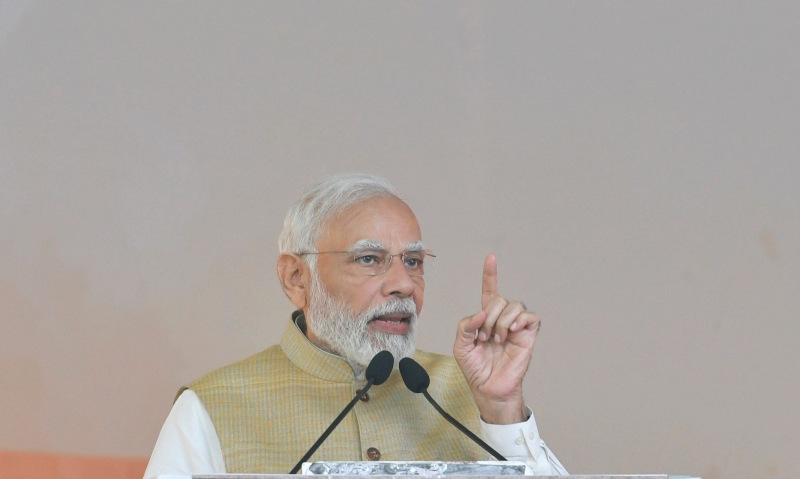 New Delhi: Prime Minister Narendra Modi on Saturday appealed to Himachal Pradesh voters to participate in the "festival of democracy with full enthusiasm".

In a tweet, the Prime Minister Modi said: "Today is the polling day for all the assembly seats in Himachal Pradesh. I request all the voters of Devbhoomi to participate in this festival of democracy with full enthusiasm and create a new record of voting."

The Prime Minister also greeted the young voters who will be exercising their franchise for the first time.

"My special wishes to all the youth of the state who voted for the first time on this occasion," he added.

Over 55 lakh voters will vote for the 68 assembly segments in Himachal Pradesh. The results will be declared on December 8.

Chief Minister Jai Ram Thakur also urged the people of his state to participate in the voting process with full enthusiasm.

"Dear people of the state, today is the day of voting. It is my humble request to all the voters of Himachal Pradesh to participate in this great festival of democracy with full enthusiasm," Thakur tweeted.

He added: "Vote in large numbers, your one vote will build a prosperous Himachal."

Union Home Minister Amit Shah also appealed to the voters to elect a "strong government" by voting in large numbers.

"Only a strong and corruption-free government can fulfill the aspirations of the people of Devbhoomi by keeping Himachal Pradesh at the forefront of development. I appeal to all the voters of Himachal especially mothers, sisters and youth to elect a strong government by voting in maximum numbers for the golden tomorrow of the state," said Shah.

In a tweet he said: "The people of Devbhoomi Himachal are going to vote today for the golden future of the state. Only a government with good governance and corruption free will take Himachal ahead on the path of progress". he said.

"Be a part of the celebration of democracy, inspire others too, make the right choice," he tweeted.