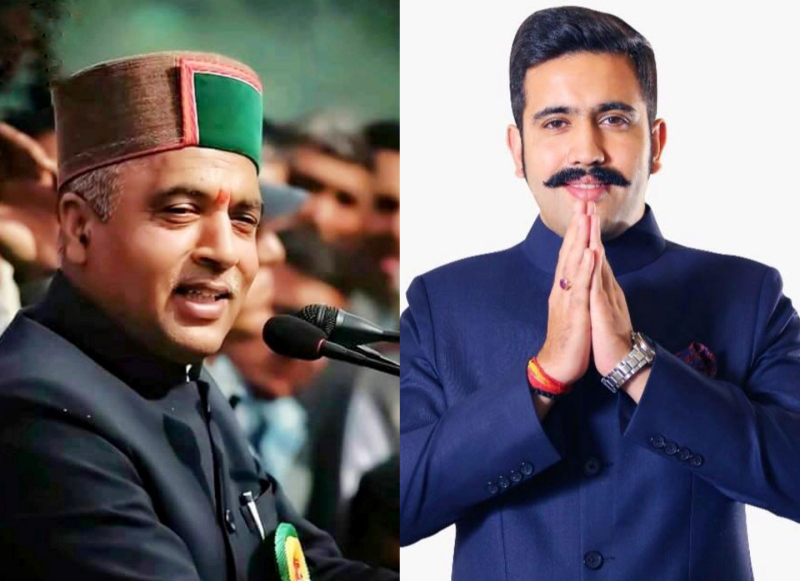 Shimla/UNI: After a high-pitched campaign by political heavyweights, Himachal Pradesh is set to vote on Saturday with political commentators predicting a close contest.

Over 55 lakh voters in the hilly state will exercise their franchise from 8 am to decide the fate of 412 candidates in 68 assembly constituencies.

Tight security arrangements have been made in all 68 assembly constituencies for election day.

The Election Commission has set up 7,884 polling stations including three in high-altitude zones.

The elections in Himachal Pradesh are being conducted in one single phase and results will be declared on Dec 8.

The assembly term in the state will end on Jan 8.

The BJP is in power in the state under the leadership of Jairam Thakur, the current chief minister of the state.

The party has 44 MLAs in the 68-seat Himachal Assembly, while the Congress has 21 MLAs. Two MLAs are Independents and the CPM has one seat.

The challenge for the ruling BJP is to buck the anti-incumbency factor and overturn the convention. The Congress is banking on the voters to go with the four-decade-old trend in the state.

Prime Minister Narendra Modi himself set the momentum for the BJP with several visits in the last month. He inaugurated a Vande Bharat train and the AIIMS at Bilaspur to project the advantages of a "double engine" government.

Himachal Pradesh is also being considered a prestige battle for BJP national president JP Nadda. The entire electoral campaign of the party revolved around his choices, be it in ticket distribution or in strategy.

When it comes to campaigning in the state, the Congress has mainly remained dependent on Priyanka Gandhi Vadra in absence of Rahul Gandhi who is currently busy with a months-long Bharat Jodo Yatra.

The Congress has faced defeats in nine states over a period of two years. In 2021, the party lost West Bengal, Kerala, Assam, and Puducherry and this year the grand old party has lost Punjab, Uttar Pradesh, Uttarakhand, Goa and Manipur.

Himachal is known to have bipolar contests between the BJP and Congress. However, the entry of the Aam Aadmi Party could make the contest triangular in some assembly segments this time.

Meanwhile, the Meteorological Department has predicted clear weather in Himachal on the day of polling on Saturday.