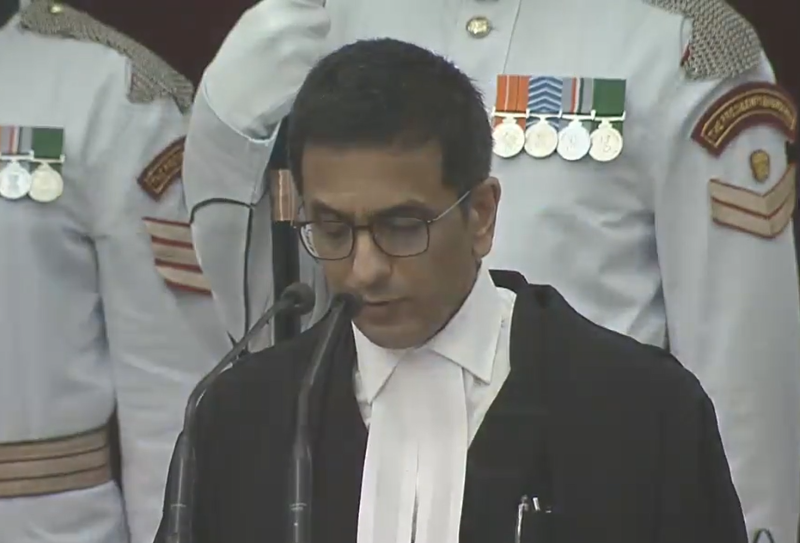 Justice Chandrachud's oath of office was administered by President Droupadi Murmu at a ceremony at Rashtrapati Bhavan here.

Justice Chandrachud, who succeeded Justice UU Lalit as the CJI, will continue to remain in his office till Nov 10, 2024 when he retires.

Prior to his appointment to the Supreme Court, he served as the Chief Justice of Allahabad High Court since Oct 31, 2013.

Justice Chandrachud was the Additional Solicitor General of India during 1998-2000.