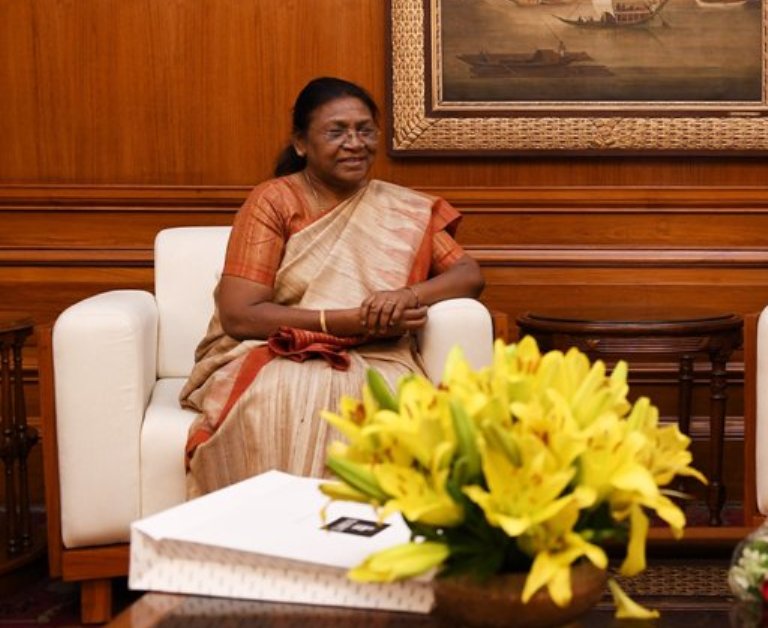 Puri/UNI: Elaborate arrangements are being made by the Odisha Police and the Sri Jagannath Temple administration for the maiden visit of President Droupadi Murmu to Puri on Nove 10.

At around 12 pm, the President is expected to arrive at the helipad and be escorted to Sri Jagannath Temple.

After having the darshan of Lord Jagannath, Lord Balabhadra and Devi Subhadra she will be served mahaprasad on the temple premises.

Thereafter she will take a rest in the Rajbhavan before leaving for Bhubaneswar.

The administration has raised barricades at all strategic places along the road from the helipad to the temple.

Temple chief administrator Vir Vikram Yadav and district magistrate Samarth Verma had discussions with the servitors to perform all rituals on time to facilitate darshan for the President.

Anand bazaar too has been given a facelift where the President will take part in mahaprasad.

Security personnel have organised the safety and security arrangements for the President as per their blue book guidelines.

During his press conference on Tuesday, SP K Vishal Singh informed the media that a mock drill of the movement of the security carcade will be conducted on Wednesday.

The devotees will be prohibited from entering the temple from 10.30 am till the President returns, the SP said.