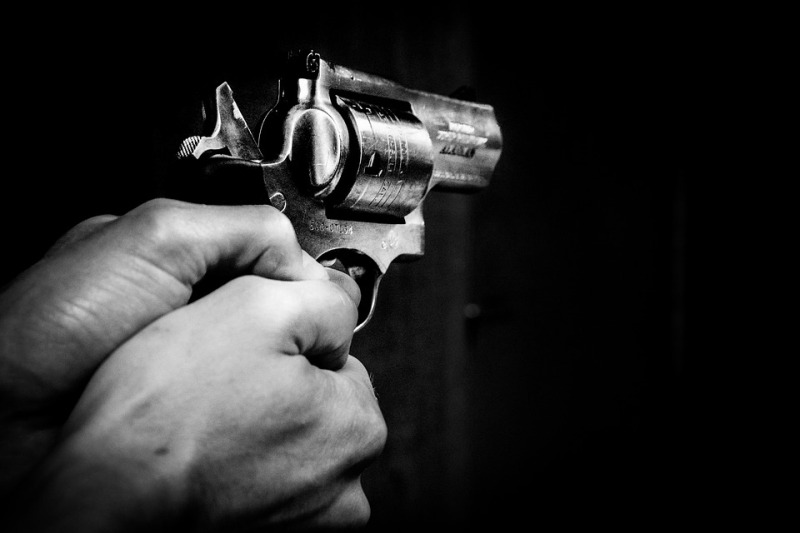 Agartala/UNI: Two people were arrested Wednesday morning from the Agartala airport area in connection with the firing incident in front of a restaurant on VIP Road of the city on Tuesday night which left two youths injured in the bullets.

The Secretary of a leading club on airport road Bharat Ratna Prabhakar Ghosh (40) and Santosh Das (35) of the locality were arrested based on the prima-facie of the investigation.

Both the accused persons are known to be close men of local BJP MLA Dr Dilip Das and have been involved in several crimes including narcotics smuggling and land negotiation.

However, the police couldn’t take any action against them for their political connection and proximity to the ruling party leaders.

Two injured were identified as Sanjay Das and Haripad Das, residents of Nutannagar area of the locality, have been shifted to hospital and doctors declared them out of danger.

The bullet hit Sanjoy on his waist and Haripada got injuries on his hand and leg when miscreants opened at least five rounds of bullet, Das said.

Both the injured persons along with four others were having fast food in front of the restaurant outlets near the road in an open space.

Suddenly two vehicles stopped on the road and from the latter one miscreant opened indiscriminately firing from small arms through the window and then fled away towards the airport.

Before the police arrived, the locals rescued them and sent them to a hospital.

The police said the incident was the fall out of a factional feud between two contractor groups over the negotiation of business.

The CPWD works mainly operated from the locality through the local club but, recently both the injured have reportedly managed huge contracts.