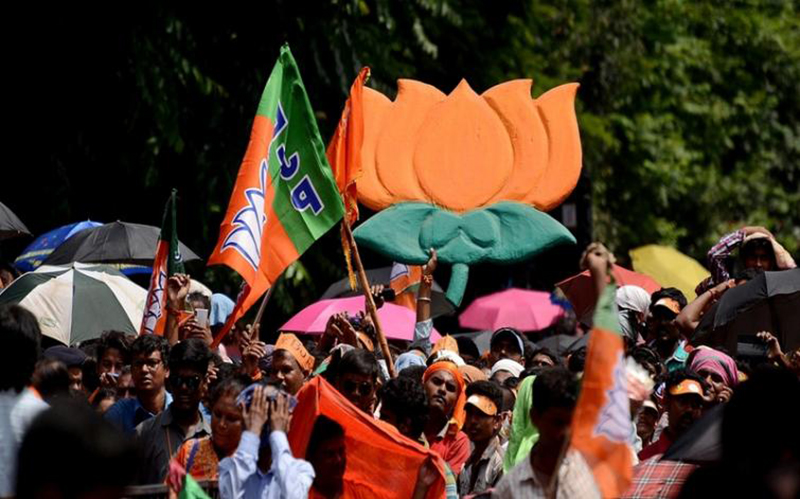 Shimla/UNI: The ruling BJP in Himachal Pradesh Wednesday removed 11 sitting MLAs from the fray and also changed assembly constituencies of two ministers besides removing a minister from the first list of 62 candidates released here earlier.

A total of five women candidates figure in the list.

For the first time, former Chief minister Prem Kumar Dhumal and Gulabh Singh Thakur were not given tickets and Chief Minister Jai Ram Thakur was once again projected as CM face from Seeraj Assembly for the sixth term.

Vidhan Sabha Speaker Vipin Singh Parmar and Hans Raj made it to the fray.

IPH Minister Mohinder Singh Thakur did not figure in the list from Dharampur and was replaced by his son Rajat Thakur.

Similarly, tickets to Urban Development Minister Suresh Bhardwaj was changed to Kasumpti replacing him by new face Sanjay Sood, who is party treasurer and president of Shimla Mandal from Shimla Urban.

Bhardwaj, who has been retaining the Shimla Urban seat for the past 15 years consecutively, will now lock horns in a triangular combat with Congress and CPI(M) from Kasumpti.

Among the MLAs who did not figure in the first list from their sitting constituencies are -- Kamlesh Kumari from Bhoranj, Subhash Thakur Bilaspur, Vishal Niharya from Dharamshala, Jai Lal from Bharmour, Kishori Lal from Anni, Mohanider Singh from Dharmpur.Hira Lal from Karsog, Col Inder Singh from Sarkaghat.

Former MLA who would not be in the race are Dhumal from Sujanpur and Tejwant Negi from Kinnaur.