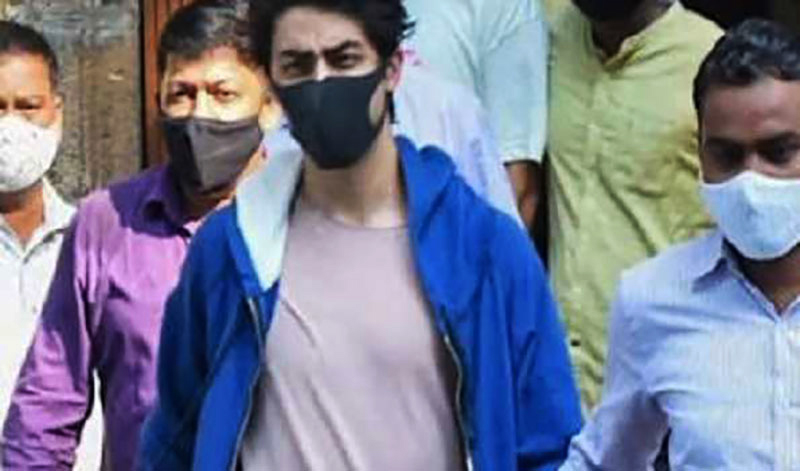 Mumbai/IBNS: There were several "irregularities" in the investigation of the drugs-on-cruise case involving Bollywood superstar Shah Rukh Khan's son Aryan Khan, an internal report by the Narcotics Control Bureau (NCB) has found.

The report has also flagged "suspicious behaviour" on the part of seven to eight officers of the probe agency.

The report and its findings are the second major embarrassment for the agency following one in May this year, when, eight months after his sensational arrest and spending over three weeks in jail, Aryan Khan was cleared of all charges.

The NCB had then admitted to not finding "sufficient evidence" against him and five others.

A Special Investigation Team (SIT), set up by the NCB to probe allegations of impropriety by its officers in their handling of the Aryan Khan case, has sent its vigilance report to its headquarters in Delhi, media reports said on Tuesday.

"The investigation found that there were many irregularities in the case. Questions have also been raised about the intention of the officers involved in the investigation," NDTV quoting a source said.

According to reports, statements of 65 people were recorded as part of the investigation and some of them changed their statements three to four times.

The inquiry also uncovered lapses in the investigation of some other cases, adding that reports have been sent about all these cases, as per NDTV's sources.

The accusation of the probe being an extortion bid and that money had been demanded to stymie the case against Aryan Khan and other influential targets have not been substantiated.

However, it was found that there had been selective targeting of some people, sources said.

"The role of 7 to 8 NCB officers has been found to be suspicious in this case, for which departmental inquiry has been initiated. Permission has been sought from senior officers to take action against those who are outside NCB," an official said.

Aryan Khan, was arrested in connection with the Mumbai cruise drugs case on Oct 23 last year

Other than Aryan and another person on the cruise, all other accused were found carrying Narcotics.

On May 27 this year, Aryan got a clean chit from the NCB and was not named in the charge sheet filed by the agency in the case.