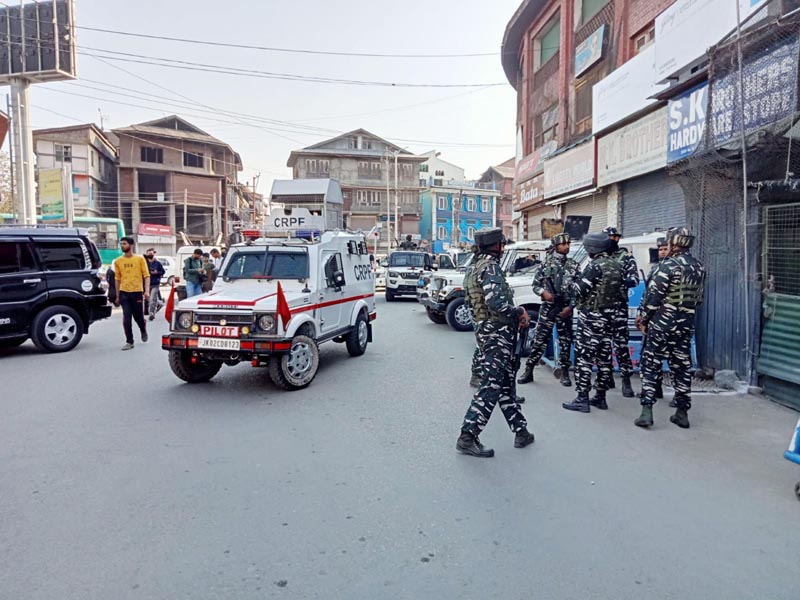 Jammu and Kashmir: 2 labourers from UP killed in grenade attack in Shopian, one LeT 'hybrid terrorist' arrested

Srinagar: Two non-local migrant labourers were killed in a grenade attack in Shopian district of Jammu and Kashmir on Tuesday in the wee hours, police said.

Police said a local “hybrid terrorist” of Lashkar-e-Taiba (LeT), who lobbed the grenade, has been arrested.

Police said the grenade was lobbed at the labourers from Uttar Pardesh at Harmen Shopian when they were asleep at their accommodation.

“Terrorists lobbed hand grenade in Harmen Shopian in which two labourers from UP namely Monish Kumar & Ram Sagar, both residents of Kanooj, UP got injured. They were shifted to hospital where they succumbed,” a police tweet said.

The area was later cordoned by the security forces.

Additional Director General of Police, Kashmir Vijay Kumar said that a “hybrid terrorist” of LeT, who lobbed the grenade, was arrested by police.

“ Further investigation and raids are going on,” he said.

The attack on non-locals took place three days after a Kashmiri Pandit Puran Krishan Bhat was shot dead by militants in the Shopian district.

Kashmiri Pandit, who was shot dead by terrorists, cremated in Jammu

There has been a spurt in targeted killings of non-locals and minorities in the last few years, especially after New Delhi scrapped J&K special status in August 2019.

This year, 17 civilians including six non locals, three Kashmiri Pandits and three non mulsims from J&K have been killed.