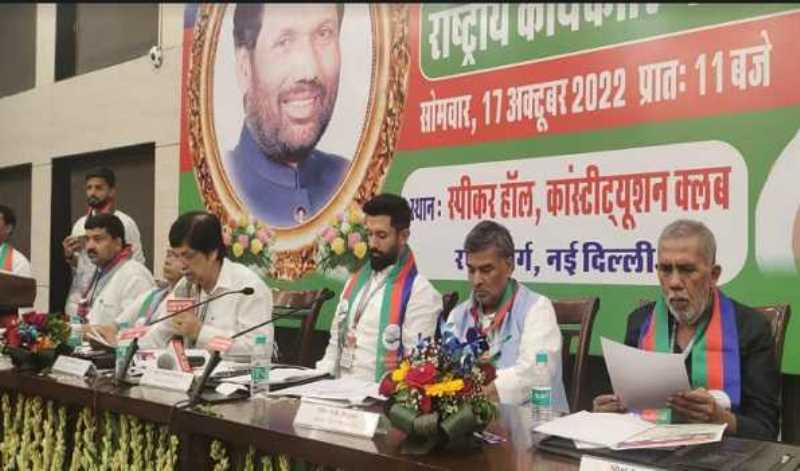 New Delhi/UNI: The LJP (Ram Vilas) has decided to contest the upcoming polls in Gujarat and Himachal Pradesh.

The decision was taken in the National Executive meet in New Delhi, after a resolution was unanimously passed in this regard.

The party is, however, yet to take a decision on the number of seats it will contest in both the poll-bound states.

Party president Chirag Paswan said, "The party has decided to contest the Gujarat and Himachal Pradesh Assembly polls. We will soon take a decision on the number of seats that the party will contest in Gujarat."

Chirag also said the party will appoint its Himachal Pradesh in-charge later in the day and subsequently, take a decision on the list of candidates.

Polling for the Himachal Pradesh Assembly will be held in a single phase on Nov. 12 and the counting of votes will be done on Dec. 8.

The Election Commission is yet to announce the dates for the Gujarat polls.

Attacking the RJD-and JDU led government in Bihar, he said, "Corruption has reached its highest level since the new government took office in the state, and they have failed terribly to manage the government."

"We are demanding that the president rule should be imposed in Bihar," he added.