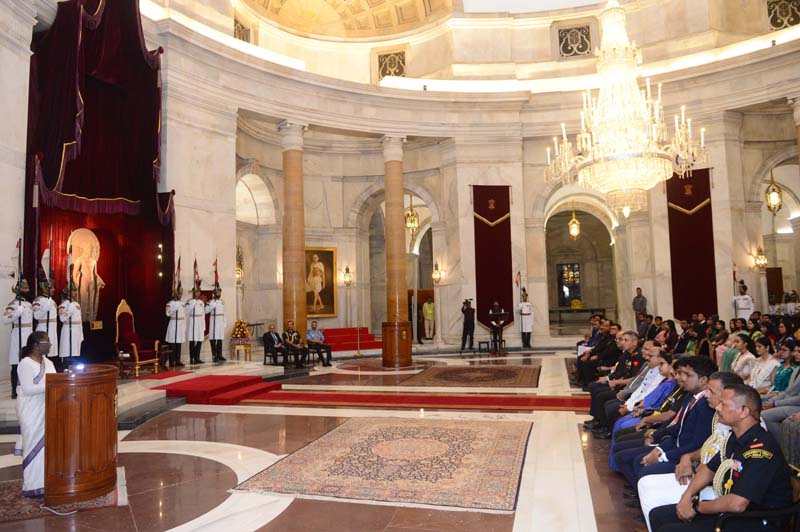 New Delhi: A youth delegation from Bangladesh called on the President of India, Droupadi Murmu, at Rashtrapati Bhavan on Friday.

Addressing the delegation members, the President said that they all are future leaders of Bangladesh.

They are the custodians of the future of not only Bangladesh but also of the unique relationship of India and Bangladesh. 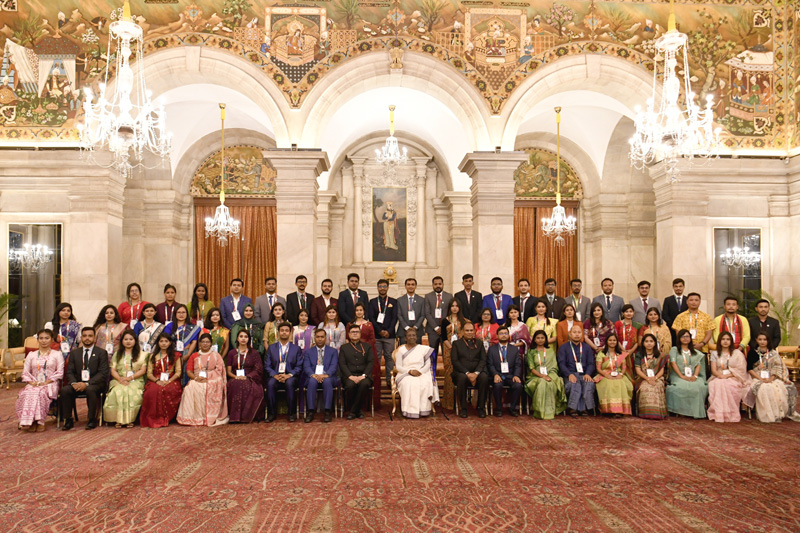 She expressed confidence that they will play a major role in the years to come in strengthening the relationship between the two countries.

The President said that this visit is important as it continues the momentum from the last year’s celebrations of the 50th anniversary of Liberation of Bangladesh, establishment of diplomatic relations between India and Bangladesh, and the birth centenary of Sheikh Mujibur Rahman, who is as much respected and remembered in India as in Bangladesh.

The President said that India is proud to be a friend and partner in the Liberation War of Bangladesh and continues to share the development journey with Bangladesh. It is important for us to preserve this spirit, which continues to inspire the deep friendship between our two countries and our people. She said that Liberation of Bangladesh and its rise and prosperity is an inspiring story for the world community. Youth of Bangladesh have a past which is full of glory, and a future that is full of promises.

The President said that Bangladesh occupies a very special place in the hearts and minds of every Indian. Our countries share deep civilizational links. "

We share many things between us including art, music and literature. She said that India has always attached the highest priority to its friendship with Bangladesh and we remain committed to realizing its full potential. Our deep cooperation shows the importance that both countries attach to this relationship," the President said.

She recalled her recent meetings with Prime Minister Sheikh Hasina in Delhi and in London. 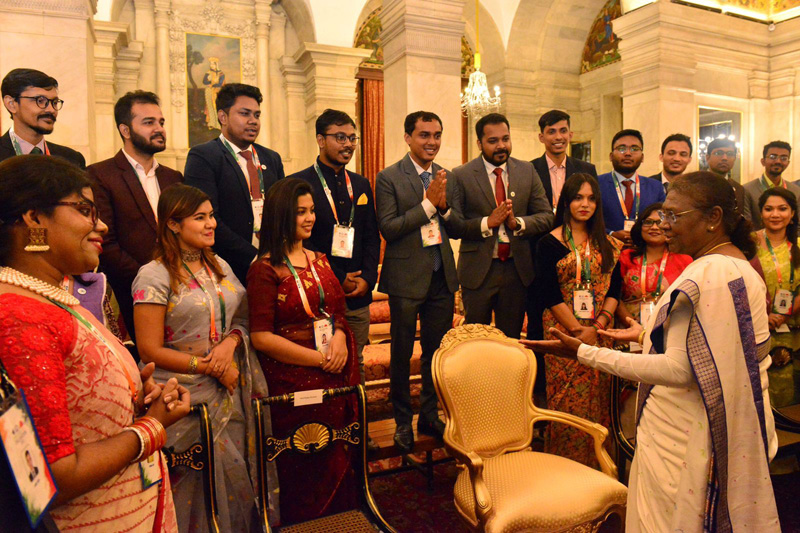 The President stated that both India and Bangladesh have a young population. More than half of India’s population consists of young people and Bangladesh’s demography is similar to ours, with a large youth population.

She said that as innovators, creators, builders and leaders of the future, the youth of both countries need to engage in cutting-edge areas such as green energy, start ups and technology enabled services in finance, health and education.

The President noted that while there is already a lot of people to people contact between India and Bangladesh, we need to do much more. In this regard, the youth of both countries can play a leading role.

She expressed hope that the members of the delegation will use this opportunity to gain insights and experiences on various aspects of India, our diversity and the developments in areas pertaining to science, technology, arts etc.

She said that just as youth of Bangladesh work hard to build the Sonar Bangla, they should also work with the same passion and sincerity to usher in a golden era of peace, prosperity and friendship among the people of India and Bangladesh.