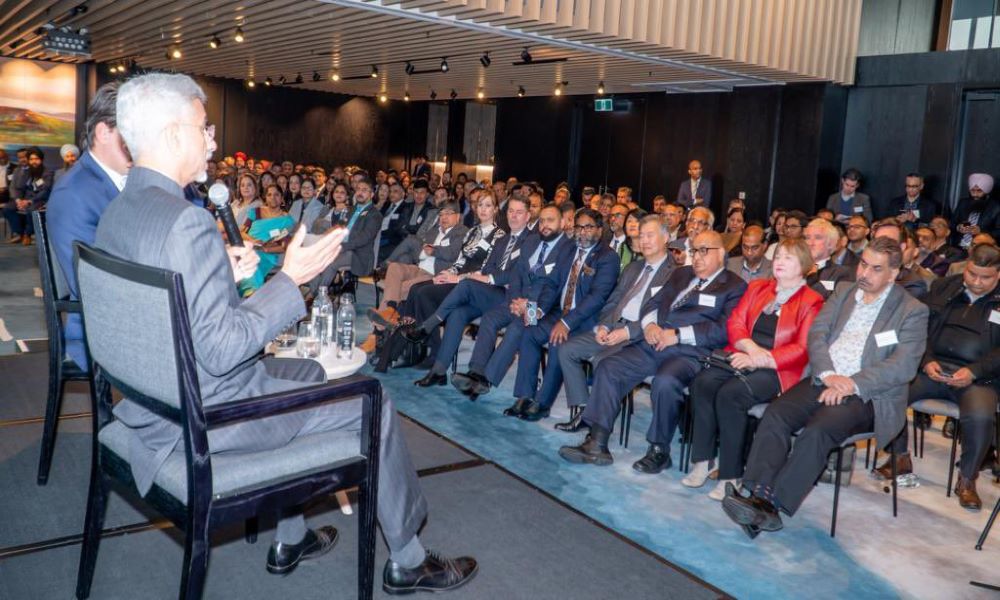 India was requested to press Russians to ensure safety of nuclear power plant in Ukraine: Jaishankar

India has acted on a request to press Russia to ensure the safety of the Zaporizhzhia nuclear power plant which was near the fighting zone during the ongoing Ukraine War, External Affairs Minister S Jaishankar on Thursday said.

"When I was in the United Nations, the big concern at that time was the safety of the Zaporizhzhia nuclear power plant because there was some fighting going on in the very proximity to it," said Jaishankar at an event with business leaders in Aukland.

A big picture discussion today morning with @simonjbridges in Auckland.

Conveyed perspectives on the current state of the world and where India stands on issues of the day. pic.twitter.com/FAJApNB9p6

The External Affairs Minister, who is on his first trip to New Zealand, said India is willing to do all it can to facilitate a solution to the Ukraine crisis.

"There was a request to us to press the Russians on that issue which we did. There have been other concerns at various points of time -- either different countries have raised with us or the UN has raised with us. I think at this time whatever we can do, we will be willing to do," Jaishankar was quoted as saying in a report in the media.

Maintaining India's neutral stand on the issue, Jaishankar said it is natural that different countries would react differently to the Russia-Ukraine conflict.

"To me, the diversities of the world which are quite evident will also naturally lead to a differential response and I would not disrespect the position of other countries as I can see that many of them are coming from their threat perception, their anxiety, their equities in Ukraine," he said.

In the prevailing situation, Jaishankar said he would see what India can do "which obviously would be in the Indian interest, but also in the best interest of the world".

Since the beginning of the Ukraine War, India has maintained that dialogue and diplomacy are the only way to resolve the conflict and expressed its readiness to contribute to peace efforts.

Earlier this week, Prime Minister Narendra Modi in a telephonic conversation with Ukrainian President Volodymyr Zelenskyy conveyed that India is ready to facilitate a peaceful resolution to end the lingering war.