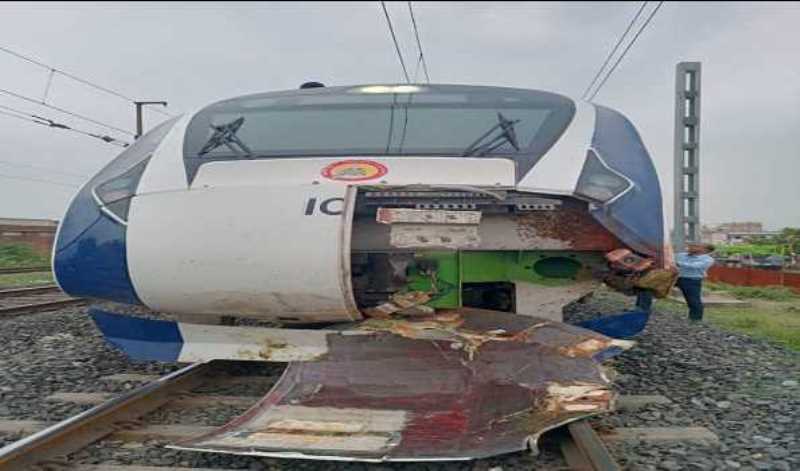 New Delhi: Semi-high speed train Vande Bharat on Thursday met with an accident after a herd of buffaloes came on track in Gujarat, days after the train was flagged off by Prime Minister Narendra Modi.

According to the Railways, the accident occurred around 11.15 am between Vatva station and Maninagar, after a herd of buffaloes crossed the railway tracks.

Western Railway Senior PRO JK Jayant said the front part of the engine was damaged in the collision.

"Three-four buffaloes suddenly came in front of the Mumbai- Gandhinagar Vande Bharat train. The nose made up of FPR was destroyed in the collision but no functional part got damaged," Railways said in a statement.

"Train just moved after removing the carcasses within 8 minutes and it reached Gandhinagar on time," it said.

PM Modi flagged off the Gandhinagar-Mumbai Vande Bharat Express semi-high-speed train last month and travelled on it from Gandhinagar to Kalupur railway station in Ahmedabad.