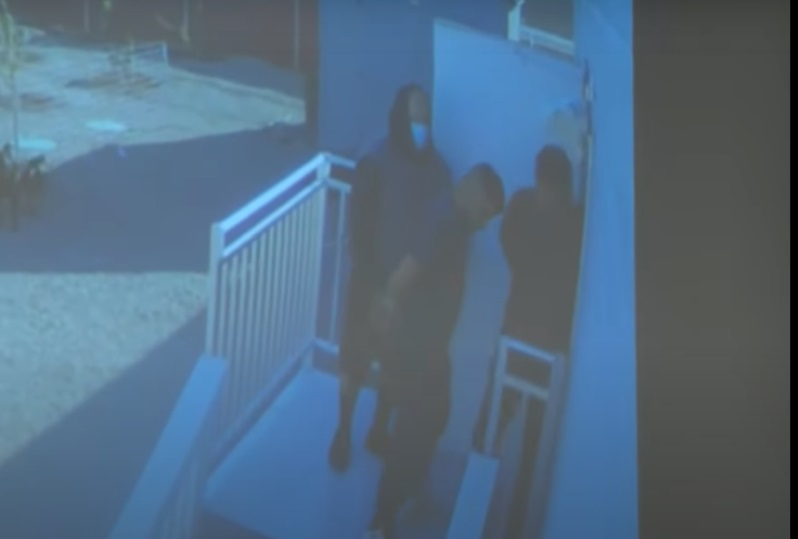 Four members of an Indian-origin family in the United States, including an 8-month-old baby, were kidnapped at gunpoint and their bodies were recovered from an orchard in California, media reports said.

The bodies of eight-month-old Aroohi Dheri, her 27-year-old mother Jasleen Kaur, her father Jasdeep Singh, 36, and her uncle Amandeep Singh, 39, were found at an orchard on Wednesday.

The family was kidnapped from a building in Merced County on Monday.

Seeking help from the public to track them down, the investigators released security camera footage hours before they were found dead.

The footage shows Jasdeep and Amandeep Singh coming out with their hands zip-tied together. Moments later, the kidnapper, carrying a gun, leads Jasleen and her 8-month-old baby, Aroohi, out of the building into a truck.

The video was aired by American news networks.

The kidnapping had come to light after the police were informed about an abandoned car on fire.

The police learned that the car belonged to Amandeep Singh. When they could not find anyone at his home, police contacted a relative, who couldn't reach the family either.

A missing case was then registered and later security footage revealed that the family was kidnapped. After this,  the FBI and other agencies were pulled in, said media reports.

The police found all the bodies close together in the orchard.

The suspect Jesus Manuel Salgado, 48, was arrested on Tuesday after his family reported that he allegedly confessed his involvement in the kidnapping.

Salgado is in hospital after he tried to kill himself, the media reports said.

"There's a special place in hell for this guy," Sherrif Warnke said about Salgado.

The family hailed from Punjab's Hoshiarpur, according to media reports. The victims' relatives had appealed for help after they remained untraceable.
Related Images