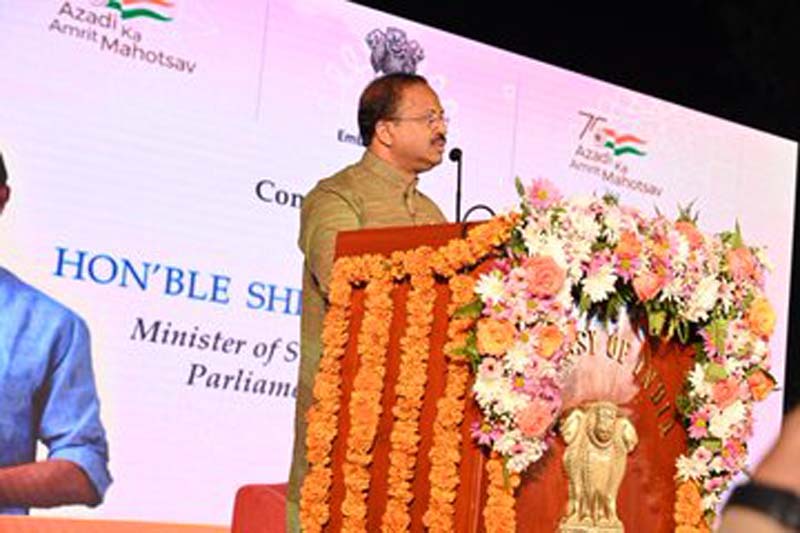 "MOS (VM) is visiting New York on 06-07 October 2022. During the visit, he will participate in the High Level UN Security Council Debate, on "Peace and Security in Africa: Strengthening the fight against the financing of armed groups and terrorists through the illicit trafficking of natural resources” on 06 October 2022, read a statement issued by the Ministry of External Affairs.

The UNSC meeting is a signature initiative of Gabon’s Presidency of the Security Council and likely to be presided over by the Foreign Minister of Gabon.

The Fund supports Southern-owned and led, demand-driven and transformational sustainable development projects across the developing world, with a focus on least developed countries and small island developing States.

During the visit, MOS (VM) is also likely to meet senior UN officials as well as Ministers of other member states attending the UNSC meeting.