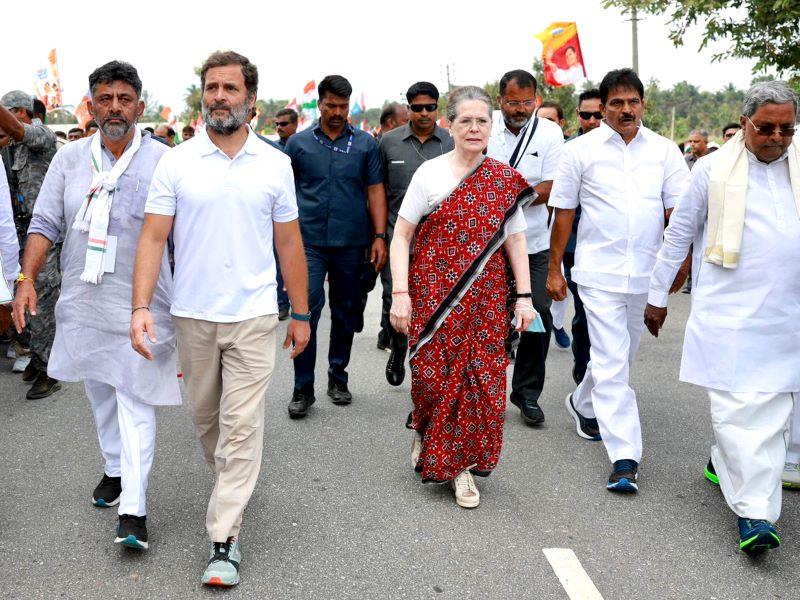 Hundreds thronged the roads, shouting slogans in support of the Bharat Jodo Yatra. A number of women lined the streets, waiting for a glimpse of the Congress leader.

The Congress president, who has been unwell, and recently recovered from Covid, walked in the yatra for a few kilometres.

Sonia was out of India when the Bharat Jodo Yatra started.

The Congress president had said during the Udaipur chintan shivir that she would participate in the yatra.

The Yatra resumed Thursday after a two day break on account of Dussehra.

The yatra has so far covered over 600 kms in Tamil Nadu, Kerala and Karnataka.

The Bharat Jodo Yatra was launched at Kanyakumari on Sept 7 and the foot march started from the morning of 8th of the same month.

The yatra will cover a distance of 3500 kilometres, crossing 12 states and two union territories, over a period of around five months.