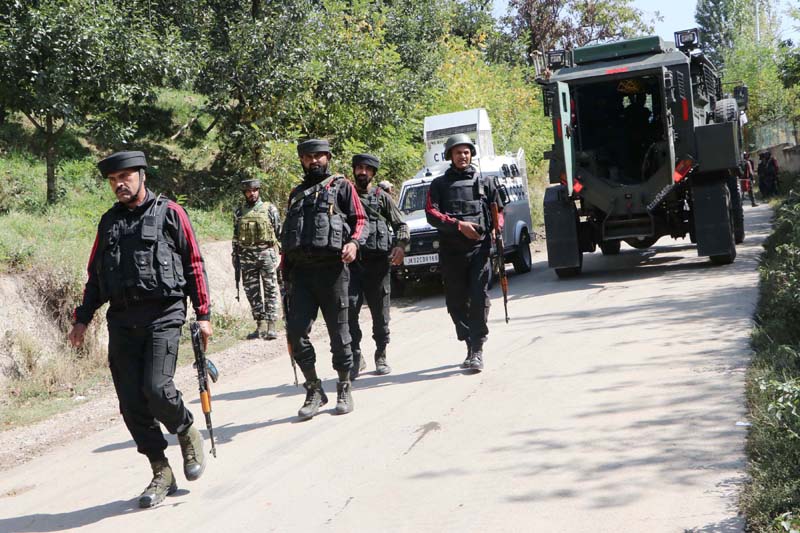 Srinagar: A joint team of security forces gunned down a local Lashker-e-Toiba (LeT) militant in an encounter that erupted in Jammu and Kashmir’s Shopian district on Sunday, police said.

They said the encounter erupted at village Baskuchan during a cordon and a search operation jointly launched by Police, Army and CRPF in the area following an input about the presence of militants.

"During the search operation, as the security forces approached towards the suspected spot, the hiding terrorist fired indiscriminately upon the joint search party which was retaliated effectively leading to an encounter," police said.

"In the ensuing encounter, one local terrorist linked with proscribed terror outfit LeT was killed and his body was retrieved from the site of encounter”, they said and added “the slain terrorist has been identified as Naseer Ahmad Bhat of Nowpora Baskuchan, Shopian. As per police records, the killed terrorist was a categorized terrorist and involved in several terror crime cases”.

Incriminating materials, arms and ammunition including 1 AK rifle were recovered from the site of encounter. All the recovered materials have been taken into case records for further investigation.

A case under relevant sections of law has been registered and further investigation is in progress.

Police have urged people to stay away and cooperate with Police till the area at the encounter site is completely sanitized and cleared of all the explosive materials, if any.