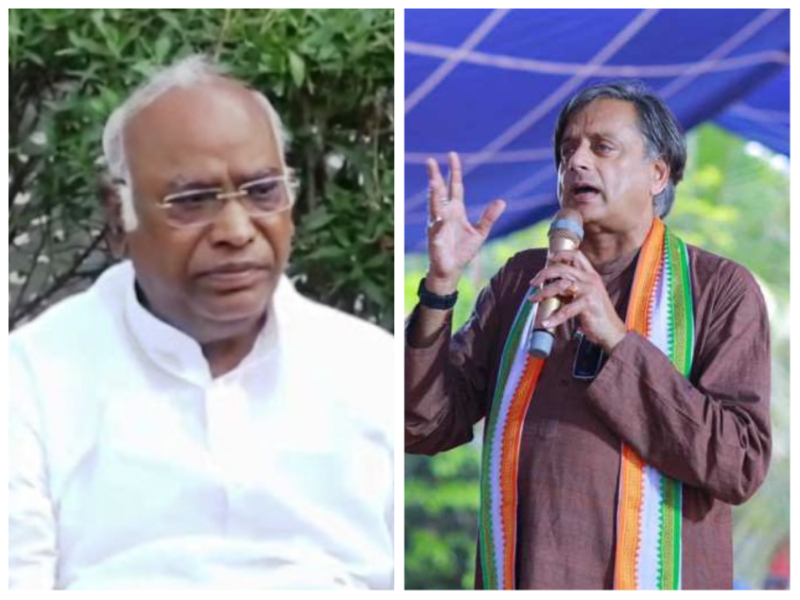 New Delhi/UNI: Mallikarjun Kharge and Shashi Tharoor will contest for the post of Congress President, party leader Madhusudan Mistry announced on Saturday after scrutiny of nominations.

After scrutiny, four nomination forms were rejected, including that of K N Tripathi from Jharkhand.

Mistry said the signatures of the proposers on his nomination form did not match and one proposer's signature was repeated.

"The fight for Congress President is now directly between Mallikarjun Kharge and Shashi Tharoor," he said.

Kharge, meanwhile, resigned as the Leader of Opposition in Rajya Sabha.

"I hereby tender my resignation from the post of Leader of Opposition, Rajya Sabha, consequent upon my filing of nomination for the post of President, All India Congress Committee," Kharge said in his letter to Congress interim President Sonia Gandhi.

The election for Congress President will be held on October 17.

The nominations can be withdrawn till 3 pm on October 8, and the first list of candidates will be published at 5 pm the same day.

Counting will be held on October 19 and results will be declared.