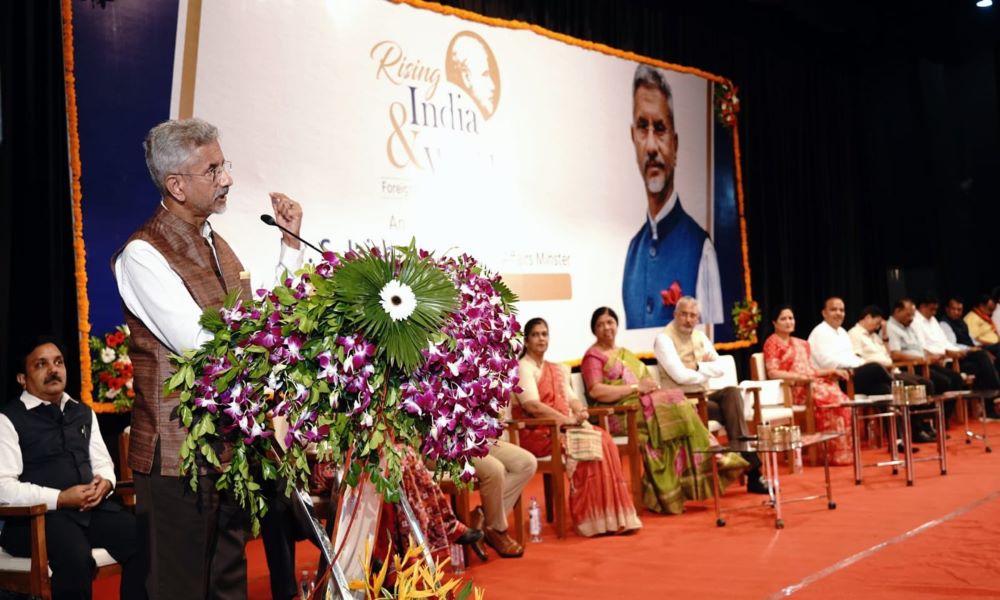 No other country practices terrorism like Pakistan does: EAM S Jaishankar's latest jibe at neighbour

Speaking on "Rising India and the World: Foreign Policy in Modi Era" in Vadodara, Jaishankar underscored that the world is no longer tolerating terrorism.

"We have a neighbour. Like we are expert in IT (information technology), they are expert in 'international terrorists'. It is going on for years...but we could explain to world that terrorism is terrorism, today it is being done against us, tomorrow it will be against you," Jaishankar was quoted as saying by a report in the media.

"No other country practices terrorism in the manner in which Pakistan has done. You show me anywhere in the world what Pakistan has done for so many years against India. After the 26/11 Mumbai attack, it is important for us to be clear to ourselves that this kind of behaviour and action is unacceptable and there will be consequences," the minister added.

He gave credit to Prime Minister Narendra Modi-led government for making other countries realise that terrorism can harm them too in the future if not eliminated now.

"We are fairly successful in taking along the world in this fight against terrorism. Earlier, other countries used to ignore this issue thinking it would not affect them because it was happening somewhere else. Today, there is a pressure on those who support terrorism. This is an example of our diplomacy," Jaishankar said.

He mentioned how terrorist activities in the North East have gone down owing to India's strategic pact with Bangladesh.

"Thanks to that land border agreement with Bangladesh, militants failed to get any shelter there. This stopped them from carrying out their operations in the North East," he said.