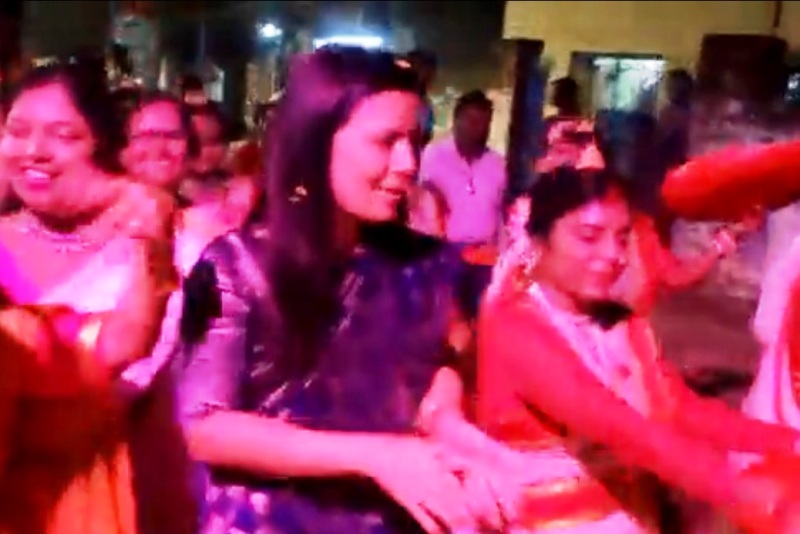 New Delhi/IBNS: Trinamool Congress MP Mahua Moitra Friday shared a video of her dancing with the people of Bengal's Nadia district as part of a procession to mark Mahapanchami celebrations as the annual autumn festival of Durga Puja kickstarted.

In the video, she could be seen matching steps with other women on a Bengali folk song, walking the streets.

Sharing the video, she wrote: "Lovely moments from Mahapanchami celebrations in Nadia."

Celebrated on the fifth day of the nine-day Navratri festival, Mahapanchami sees devotees worshipping the fifth incarnation of Durga.

Moitra's video got a lot of encouraging replies with responses such as, "Love your energy and fire" and "The way you connect with people, stay the same and stay blessed always".

Known to be religious, Moitra's comment recently sparked controversy and she was brutally trolled for speaking about different ways of worshipping Goddes Kali.

"For me, Goddess Kali is a meat-eating and alcohol-accepting goddess. If you go to Tarapith (a major shrine in Bengal's Birbhum district), you will see sadhus smoking. That is the version of Kali people worship (there). I, within Hinduism, being a Kali worshipper, have the right to imagine Kali in that way; that is my freedom," she had said while speaking at the India Today conclave.

She was trolled primarily by political rival BJP, which said she had "insulted" the goddess. Even her party TMC also distanced itself from her remark.