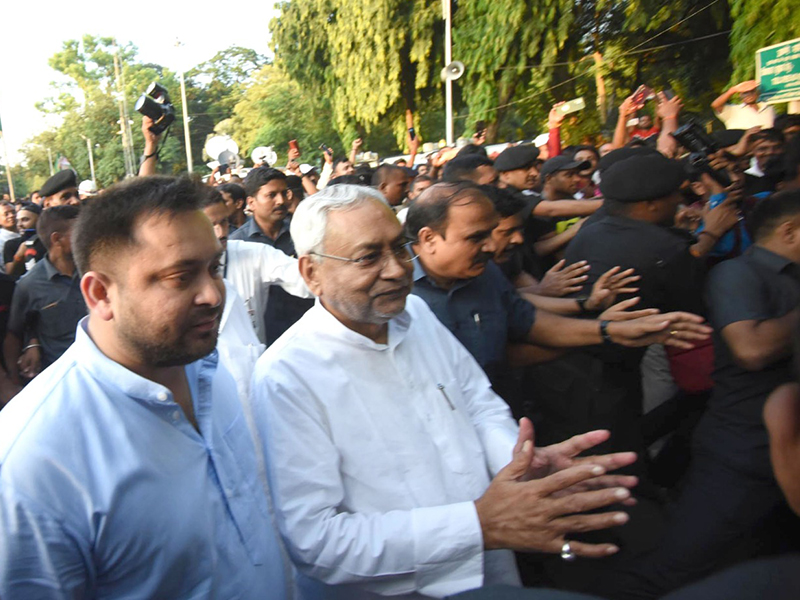 Not in hurry to become Bihar CM: Tejashwi Yadav

Patna/UNI: Dissociating himself from statements of JD(U) leaders, Bihar Deputy Chief Minister Tejashwi Prasad Yadav on Friday said that he was not in hurry to become Chief Minister and these kinds of talks should be avoided.

Yadav told media persons here that he was not at all in hurry to become Chief Minister of Bihar and was working under the leadership of Nitish Kumar.

Some leaders of his party had made statements favouring him to become CM in 2023 but it was only a reflection of their love and affection, he added.

"Nitish Kumar is working hard to forge unity among all opposition parties at the national level," he added.

As it is, state RJD chief Jagadanand Singh had earlier said that Kumar would switch over to national politics in 2023 paving the way for Tejashwi Yadav to become the CM. RJD MLA Bhai Birendra had also made a similar statement.