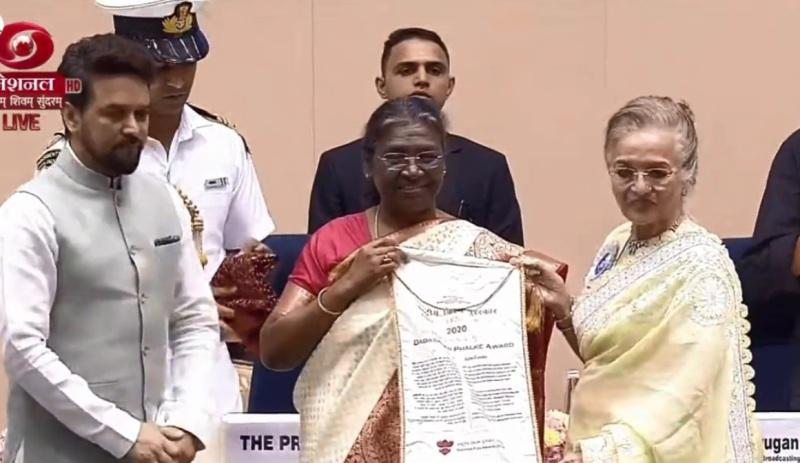 She was presented with the award by President Droupadi Murmu, at the 68th National Film Awards in Vigyan Bhawan, here.

Elated over receiving the prestigious award, Parekh said, “It’s a huge honour to receive the Dadasaheb Phalke award. The recognition comes to me just one day before my 80th birthday. This is the best honour that I could have got from the Government of India.”

“I would also like to thank the jury for the recognition they bestowed upon me. I have been in the industry for the last 60 years, and still continue to attach with the industry in my own way,” she added.

Asha Parekh was the highest-paid actress of her time and was one of the most successful and influential actresses of all time in Hindi cinema.

Producer Subodh Mukherjee and writer-director Nasir Hussain cast her as the heroine in ‘Dil Deke Dekho’ (1959), opposite Shammi Kapoor, which made her a huge star.

Parekh was primarily known as a glamour girl, excellent dancer and tomboy in most of her films until director Raj Khosla gave her a serious image by casting her in tragedienne roles in ‘Do Badan’ (1966), ‘Chirag’ (1969) and ‘Main Tulsi Tere Aangan Ki’ (1978).

In 2008, she was a judge on the reality show ‘Tyohaar Dhamaaka’. In 2017, her autobiography (co-written by Khalid Mohamed) titled "The Hit Girl" was released.