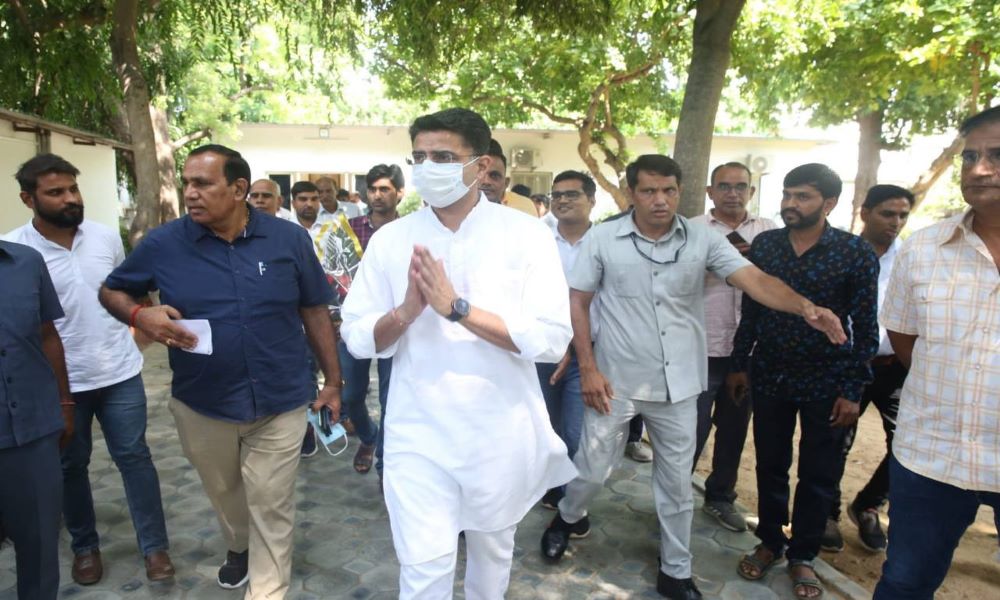 Sachin Pilot, who met Congress President Sonia Gandhi at her 10 Janpath residence, said he "shared his sentiments" with her and added that he would be with the party, media reports said.

His meeting with Sonia Gandhi came hours hour after his bete noire Rajasthan Chief Minister Ashok Gehlot met with her on Thursday.

I met Congress president today. She listened to me calmly. We held a detailed discussion on whatever happened in Jaipur, Rajasthan. I told her my sentiments, my feedback.All of us want to win the 2023 polls (in Rajasthan) by working hard. We'll have to work together: Sachin Pilot pic.twitter.com/6iDyBceZcE

On Sunday, more than 90 MLAs submitted their resignation, asserting that the next chief minister should be picked up from among those who helped the Congress survive the coup staged by Sachin Pilot in 2022 if Gehlot became the party president.

They also insisted that the Rajasthan CM should be chosen after Gehlot became the Congress president.

Gehlot had hoped to hold on to the CM post while still being the Congress president or at least hand over the position to one of his loyalists.

After Rahul Gandhi asserted the party's rule of 'one man, one post', he reluctantly gave in.

Sachin Pilot has waited long for the party to make him the Chief Minister of Rajasthan. His hopes had been dashed in the past as Congress chose Gehlot over him to helm the state despite his efforts to win the assembly elections.

Amid heated activities, senior Congress leader Digvijay Singh said had Ashok Gehlot contested the election, other candidates would have respected it.

Singh called the incident unfortunate and added that it could have been avoided. It caused issues, he underscored while stating that it was being felt that Gehlot who had always been loyal to Congress could be the "official" candidate.