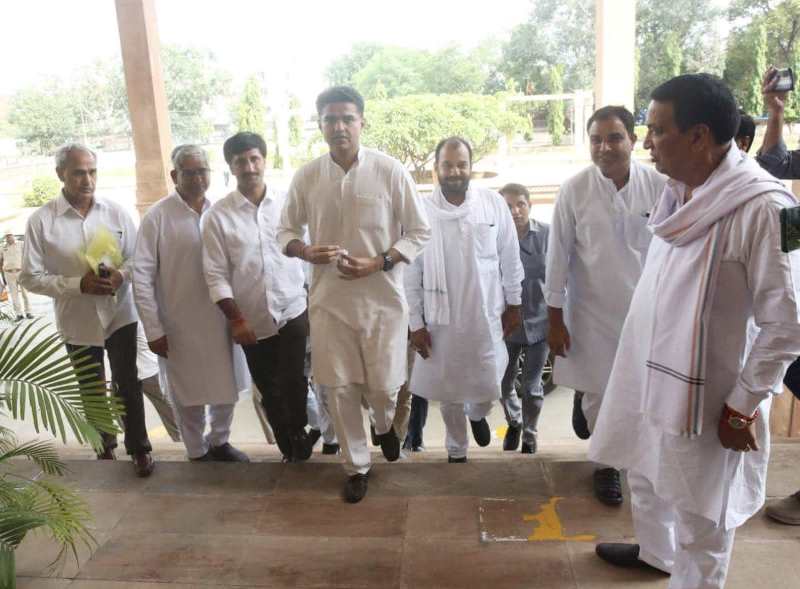 Ashok Gehlot met Sonia Gandhi and apologised and offered to quit the race for Congress president, taking "moral responsibility" for the Rajasthan coup.

The Congress said Sonia Gandhi will covey her decision on Gehlot's fate within a couple of days, according to an NDTV report.

It is still not clear if Gehlot will remain the Rajasthan Chief Minister.

NDTV reported that Congress leader KC Venugopal told reporters: "That decision will be taken by the Congress president in a day or two."

On Sunday, more than 90 MLAs submitted their resignation, asserting that the next chief minister should be picked up from among those who helped the Congress survive the coup staged by Sachin Pilot in 2022 if Gehlot became the party president.

Mallikarjun Kharge and Ajay Maken, who went to Jaipur to attend the legislative party meeting to discuss the next CM, had to return as Gehlot loyalists skipped the meet and held a parallel one.

They also insisted that the Rajasthan CM should be chosen after Gehlot became the Congress president.

Rajasthan ministers Shanti Dhariwal, Mahesh Joshi, and Dharmendra Rathore, who are close to Gehlot, have been asked to explain their role in engineering the rebellion and why they shouldn't face disciplinary action within 10 days.