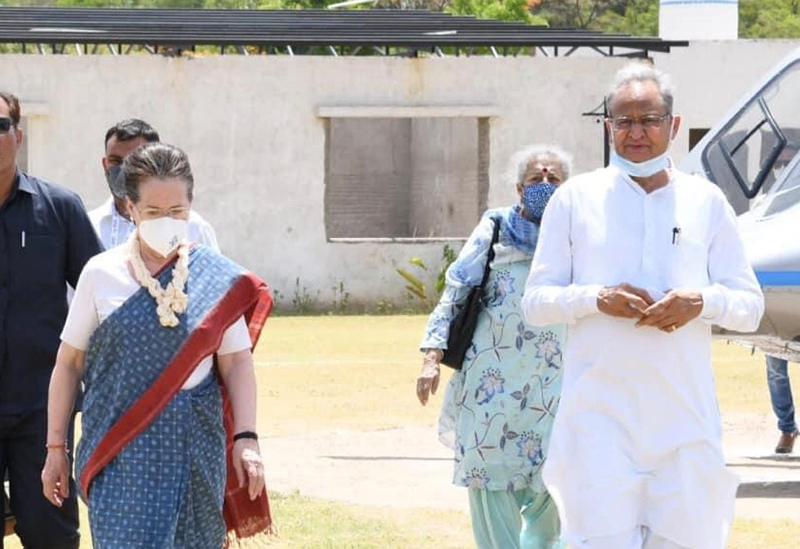 The Congress said Sonia Gandhi will covey her decision on Gehlot's fate within a couple of days, according to an NDTV report.

It is still not clear if Gehlot will remain the Rajasthan Chief Minister.

NDTV reported that Congress leader KC Venugopal told reporters: "That decision will be taken by the Congress president in a day or two."

On Sunday, more than 90 MLAs submitted their resignation, asserting that the next chief minister should be picked up from among those who helped the Congress survive the coup staged by Sachin Pilot if Gehlot became the party president.

Nominations close tomorrow for the first Congress election in the last 22 years with non-Gandhi candidates.

Despite Gehlot's apology, and asserted that he had no role in the revolt,  Congress brass had maintained that it could not have been possible without his consent.

The party's leadership had been upset with his power show.

Reportedly, it conveyed to him that he has humiliated the central leaders, Mallikarjun Kharge and Ajay Maken, who went to Jaipur to attend a legislative party meeting that failed as MLAs skipped the meet and held a parallel one.

Three ministers close to Gehlot have been asked to explain why they engineered the rebellion within 10 days.

According to the report, if Gehlot gets out of the race for the party's top post, another leader close to the Gandhis could enter the contest.

As of now, only Digvijaya Singh and Shashi Tharoor are in the fray for the October 17 election.

Digvijaya Singh met with Shashi Tharoor after announcing his decision to contest.

Tharoor share a photo of the two leaders hugging, Tharoor tweeted, "I welcome his candidacy for the Presidency of our Party. We both agreed that ours is not a battle between rivals but a friendly contest among colleagues. All we both want is that whoever prevails, Congress will win!"

Gehlot had earlier conveyed to the Congress top brass that he would want to remain the Chief Minister of Rajasthan at least for some time till he found his replacement, who would act as his proxy.

In case, he couldn't find a suitable person to act as his proxy, he wanted to keep both roles by taking over as working president of the Congress with Sonia Gandhi as full-time chief, according to media reports.

For Gehlot, taking up the role of Congress President means giving up the chief ministership, which he is reluctant to part with.

If he does, his arch rival and former deputy Sachin Pilot will find a way to become the Rajasthan Chief Minister.

Both Gehlot and his supporter MLAs don't want this as his position in state politics enables him to wield his power and keep his flock together.

He reluctantly gave in after Rahul Gandhi asserted the party's rule of 'one man, one post'.