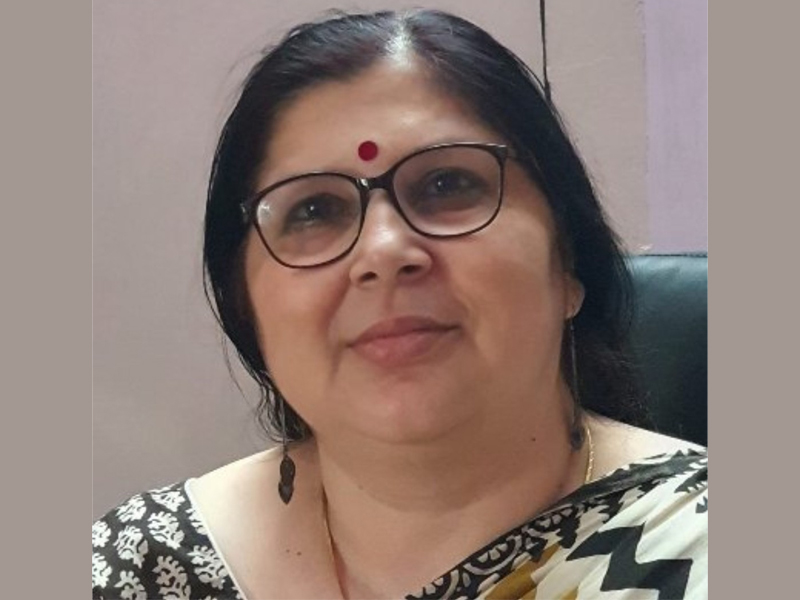 Patna: A Bihar IAS officer has hit the headlines, albeit for the wrong reasons, with her series of sarcastic responses to schoolgirls at an event themed ‘Sashakt Beti, Samriddh Bihar' (Empowered Daughters, Prosperous Bihar).

The video of the event which showed head of the Bihar Women and Child Development Corporation Harjot Kaur Bhamra's interactions with young students, seeking solutions for their concerns.

At the event, a schoolgirl asked if the state government could provide sanitary napkins at Rs 20 or 30.

According to NDTV,  Bhamra's answer was: “Tomorrow you'll say the government can give jeans too. And why not some beautiful shoes after that?”

She then added, “You will eventually expect the government to give you family planning methods, condoms, too.”

When the students said it's people's vote that makes the government, she snapped, "This is heights of stupidity. Don't vote, then. Become Pakistan. Do you vote for money and services?”

The project tagline read: ‘Towards enhancing the value of girls'.

The event was organised by Bihar Women and Child Development Corporation in partnership with Unicef and other organisations.

“Why do you need to take anything from the government? This way of thinking is wrong. Do it yourself,” she told the audience.

The report said that when a student in the audience said that the girls' toilet in her school was broken sometimes boys entered it, the officer said, “Tell me, do you have separate toilets at home? If you keep asking for a lot of things at different places, how will it work?”

To the officer's "become Pakistan" jibe, the student retorted: “I am an Indian. Why should I?”

Her shocking responses, which apparently seemed to excuse the government of all its responsibilities, elicited some reaction from the audience, mainly comprising students of classes 9 and 10.

"Then why did the government schemes exist at all?" a question was raised by someone from the audience.

"There's a need to change the thinking," and then turned to the girls on stage again, "You have to decide where you want to see yourself in the future. You will have to make this decision yourself. The government cannot do this for you. Do you want to sit where you are, or on the side I am sitting on?" according to the NDTV report.

Even as the videos of her interactions with teenage students at the Saturday event continued to do the rounds, Bhamra today said, "It's false, malicious and wrong reporting of an event," according to the report.

"I am known to be one of the most vociferous champion of women rights and empowerment. Some mischievous elements against whom stringent action has been taken by WCDC for omissions and commission of wrongdoings, having lost at each forum, have now resorted to such low attempts to malign my reputation," sh w was quoted as saying.

She even threatened to take legal action against the newspaper Dainik Bhaskar, which first reported her comments. The officer also urged the Press Council of India to take action, the report added.