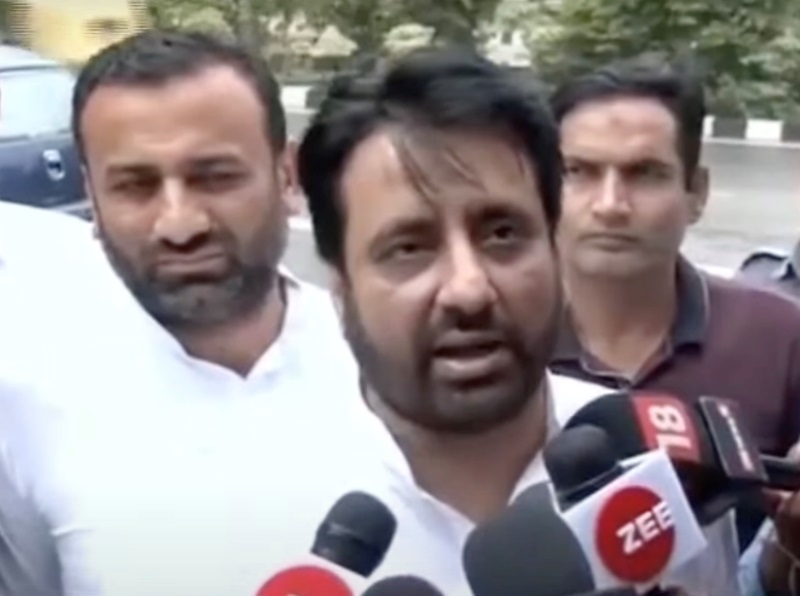 AAP MLA Amanatullah gets bail in Waqf Board corruption case

Special Judge Vikas Dhull allowed the bail application of Khan on the condition that he furnishes a personal bond of Rs. 1 lakh and a surety of the same amount.

The court questioned the criminality involved due to the alleged favouritism by Khan in the recruitment of 32 employees at the Waqf Board.

“Where is the tenancy? How much money has been lost?" the judge asked.

The ACB had arrested Khan on September 16 after conducting raids at four locations during which it recovered around Rs. 24 lakh in cash and two unlicensed weapons.

It is alleged that Khan as Chairman of the Delhi Waqf Board illegally recruited 32 people by violating all norms and government guidelines.

He was also accused of misappropriating Waqf funds and renting out several properties of the board illegally.

Counsel for Khan said there is not even an iota of evidence against Khan and the ingredients required to satisfy the invocation of the sections in the FIR against Khan were missing.

The current Chairman of the Delhi Waqf Board alleged in a tweet that the ACB summoned him because he built a DWB office.

During the raid, a Beretta nine mm gun, rifle cartridges, and Rs 12 lakh in cash were recovered, according to media reports