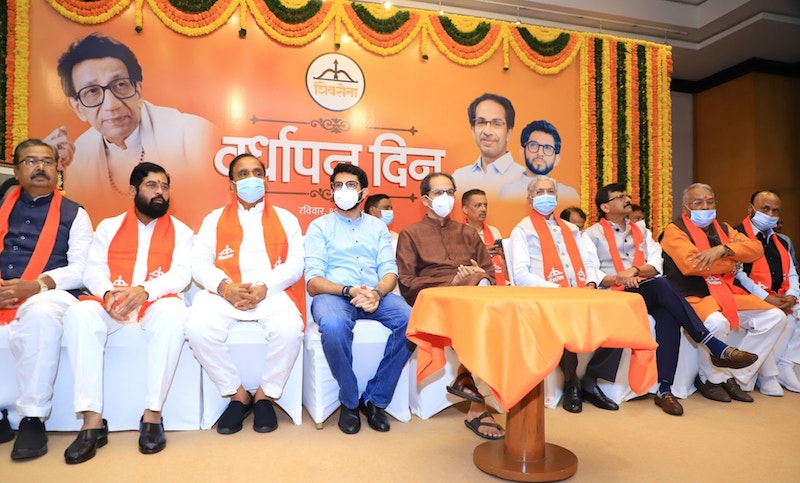 New Delhi/IBNS: In a huge setback for Uddhav Thackeray in his fight against aide-turned-rival and Maharashtra Chief Minister Eknath Shinde, the Supreme Court Tuesday refused to stop the Election Commission from deciding who represents the "real" Shiv Sena.

Creating history, the Supreme Court live-streamed the hearing of the Constitution Bench for the first time.

The apex court dismissed a petition filed by Uddhav Thackeray's faction to stop the Election Commission from deciding on the claim of the Eknath Shinde-led group over the "real" Shiv Sena and its symbol.

Shinde became the Chief Minister after a rebellion against his own government with the support of 40 odd MLAs, leading to the downfall of the Thackeray regime.

Thackeray had told the top court that the Election Commission cannot decide who the "real Shiv Sena" is until the court decides on the disqualification of the rebels.

If the MLAs are disqualified, they cannot be counted in the symbol dispute proceedings, team Thackeray said.

However, the bench, headed by Justice DY Chandrachud, said they are separate proceedings.

To decide on which faction is legitimate, the Election Commission usually assesses the number of elected MLAs, MPs and office bearers in support of each side.