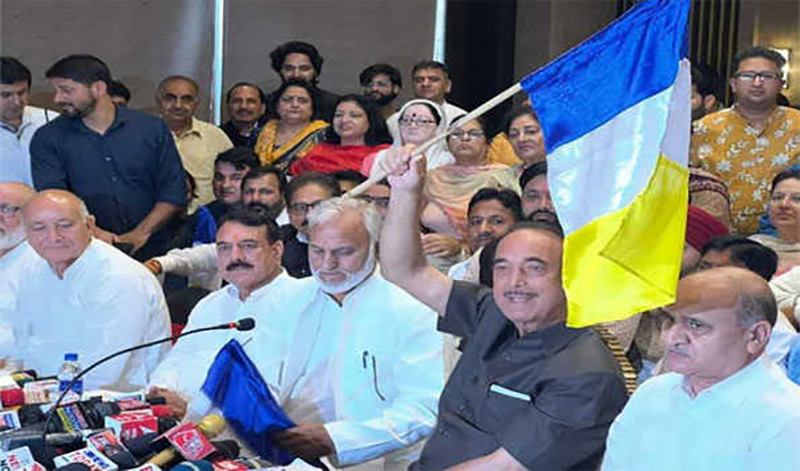 Azad quit the Congress on August 26 after more than five decades of association with the party.

"We believe in democracy, freedom and independence for every member," Azad told reporters.

The mustard colour in the flag defines creativity, unity and diversity, white defines peace and blue symbolises depth, freedom and limit to the sky, said Azad.

He was flanked by senior leaders including former ministers and MLAs.

"There will be no age bar to anyone who wants to join the party fold," he said.

Azad demanded land and job rights and security to the people of Jammu and Kashmir.

The Democratic Azad Party will be based on a development agenda and work for the welfare of the people from each and every section of the society, he said.

"We want neat, clean and honest people to join our party," he said.