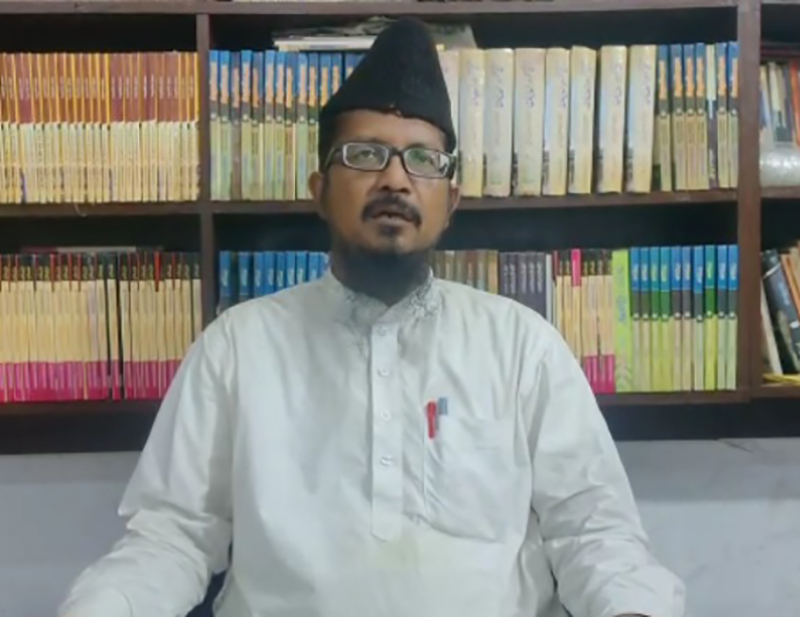 Bareilly, UP/IBNS: Maulana Shahabuddin Razvi, the president of All India Muslim Jamaat, on Friday asked the Muslim community to stay away from the Popular Front of India (PFI) calling it a “radical group” as they urged the Government of India to impose a ban on it.

The All India Muslim Jamaat president has welcomed the arrest of the PFI leaders across the country.

Maulana Shahabuddin Razvi said, “PFI is a radical organisation. Its members follow a radicalised ideology. I would appeal to all Sufi and Sunni Muslims to stay away from this organisation. The PFI has been named in many incidents across the country. It is necessary that there should be a ban on these kinds of organisations.”

“The central government took appropriate action against PFI. I support the action of the government. I would request the government of India to ban PFI in order to safeguard the unity and sovereignty of the country,” Razvi said.

Days ago, a total of 106 PFI cadres were arrested in a joint operation conducted by the National Investigation Agency (NIA), Enforcement Directorate (ED), and state police forces across 15 states in the country’s multiple locations.

According to sources, the searches were conducted in connection with five cases registered by the NIA following “continued inputs and evidence” that the PFI leaders and cadres were involved in the funding of terrorism and terrorist activities, organising training camps for providing armed training, and radicalising people to join banned organisations.

A large number of criminal cases have been registered in different states over the last few years against the PFI and its leaders and members for their involvement in many violent acts, reports said.

The Popular Front of India (PFI) was launched in Kerala in 2006 with the merger of three Muslim organizations.