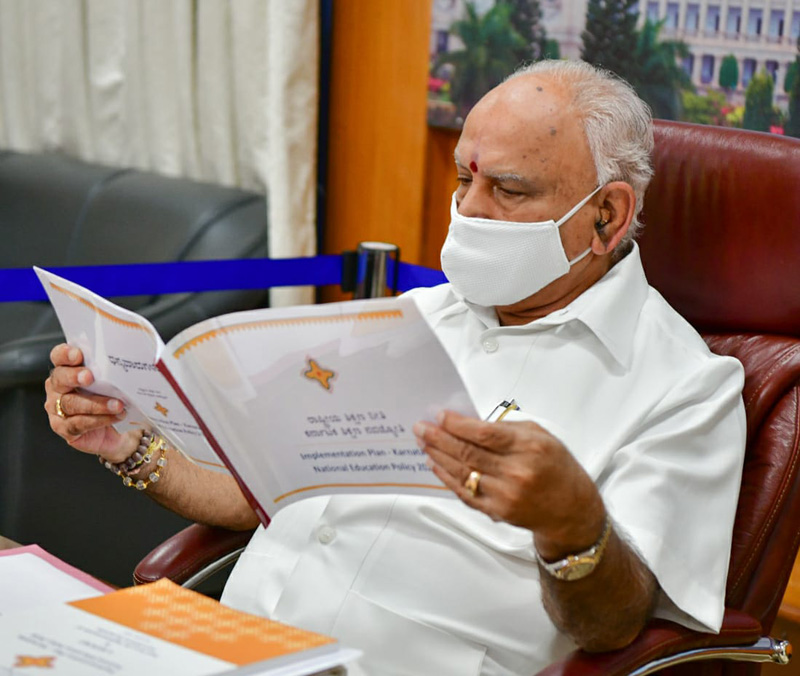 The court stayed the trial court's proceedings against Yeddyurappa and issued notice to the state government and others including social activist T J Abraham, seeking reply on the matter in four weeks.

Yediyurappa had moved the Supreme Court against a Karnataka High Court order that restored a criminal complaint against him despite rejection of sanction to investigate the case.

The Lokayukta Police had filed the case against Yediyurappa and others after receiving permission from the Karnataka High Court.

The corruption case pertains to an alleged bribe of Rs 12.5 crore received by Yediyurappa and his family members to secure a project for Ramalingam Construction Company Pvt Ltd from the Bangalore Development Authority (BDA).

On Sept 7, the Karnataka High Court upheld the plea of Abraham to take legal action against Yediyurappa for BDA graft.

The social worker moved the High Court after a special court had dismissed his private complaint against Yediyurappa and his family due to want of sanction from a competent authority to probe the matter.

Abraham had alleged that the BDA had given a contract to Ms Ramalingam Construction Co Pvt Ltd, owned by Chandrakant Ramalingam as a favour against bribes.

The case concerns the award of tender for the construction of BDA apartments at Konadasapura in Bidarahalli in the capital city.