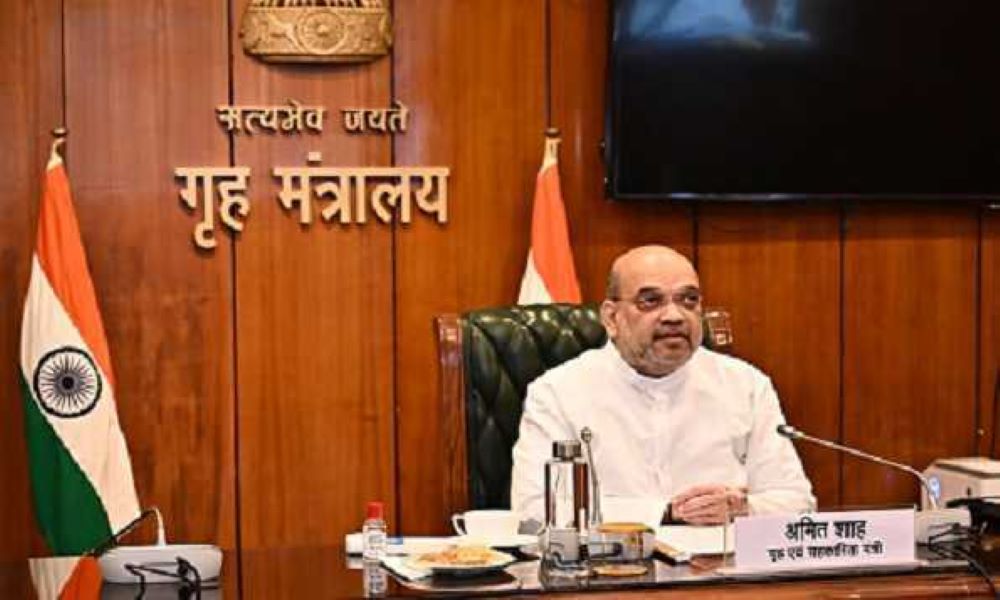 NIA carries out raids against PFI, over 100 arrested

New Delhi/UNI: The National Investigation Agency (NIA) on Thursday carried out raids at several locations across the country on properties of individuals linked to the Popular Front of India (PFI) and arrested more than 100 people.

According to sources, the Home Minister took stock of the action taken against the PFI.

In Maharashtra, NIA raided Popular Front of India's (PFI) countrywide offices and people associated with the organization were simultaneously detained in many cities.

Similar raids are also conducted in Aurangabad and Nanded with the help of Anti Terrorist Squad (ATS).

In Aurangabad, five people have been detained in these raids from the PFI office in Jinsi area, and PFI chief secretary Meraj Ansari has been arrested from Nanded, reports said.

In Assam, the Special Branch of the Police detained 10 members of the Popular Front of India (PFI) as of now from various districts of the state.

A case was registered in the Special Operation Unit, Special Branch Headquarters, and the police team conducted operations since the morning of Thursday.

The members were arrested from Hatigaon in Guwahati, Kamrup, Baksa, Barpeta and Nagaon.

The Anti Terror Squad (ATS) and the Special Task Force (STF) of Uttar Pradesh Police carried out searches at multiple locations in state on Thursday in connection with country wide crackdown by the National Investigating Agency against the Popular Front of India, police sources said here.

Police sources said that so far eight people have been picked up on the basis of suspicion from different places of the state, including the state capital, Lucknow.

"The crackdown started late on Wednesday night and is still continuing. Those who have been picked up are being quizzed," they said.

In Telangana, PFI office located in the old city in Hyderabad was sealed by the Investigation Agency in the morning. Searches were carried out at several locations and NIA seized computer hard disks, pen drives, and other documents during the raids.

It also raided the offices in other parts of the city located at LB Nagar and Autonagar and in Karimnagar. The Agency, a few days back carried out simultaneous searches at 40 locations in Telangana and Andhra Pradesh.

In Karnataka, raids were carried out in Bengaluru, Kalaburagi, Mangaluru, Koppala, Davanagere, Mysuru and Shivamogga as part of the nationwide operation.

The PFI in a statement said the "raids are taking place at the homes of its national, state and local leaders. The state committee office is also being raided. We strongly protest the fascist regime's moves to use agencies to silence dissenting voices".

PFI called for a 'dawn-to-dusk-hartal' in Kerala on Friday in protest against the arrest of PFI leaders in the state and at the national-level by the National Investigation Agency (NIA) in connection with its nation-wide raids.

In Malappuram of Kerala, BJP office at Manjeri came under attack by alleged workers of the Popular Front of India (PFI) and the Social Democratic Party of India (SDPI) on Thursday.

The PFI and the SDPI workers attacked the BJP office and damaged window panes and furnitures in protest against the raids by NIA in their offices and taking of custody of the PFI state leaders.

Agitators blocked several busy roads including NH at Caltex junction in Kannur, Meenchanda bypass at Kozhikode, Olavakkode in Palakkad, Manjeri and Malappuram town in the district demanding the release of the PFI leaders.

According to government sources, the raids were part of a crackdown against those allegedly involved in terror funding, organising training camps, and radicalising people to join proscribed organisations.

The PFI started in Kerala as successor to National Development Front in 2006.

Later, the Karnataka Forum for Dignity of Karnataka and the Manitha Neethi Pasarai in Tamil Nadu were merged in it.

In 2010, the PFI was alleged to have links with the banned Islamic terrorist organisation Students Islamic Movement of India (SIMI).

In 2013, 21 activists of PFI were charged under UAPA for involvement in anti-national activities.

In 2009, a political outfit named Social Democratic Party of India (SDPI) evolved from the PFI, with the aim of taking up the political issues of Muslims, Dalits, and other marginalised communities.