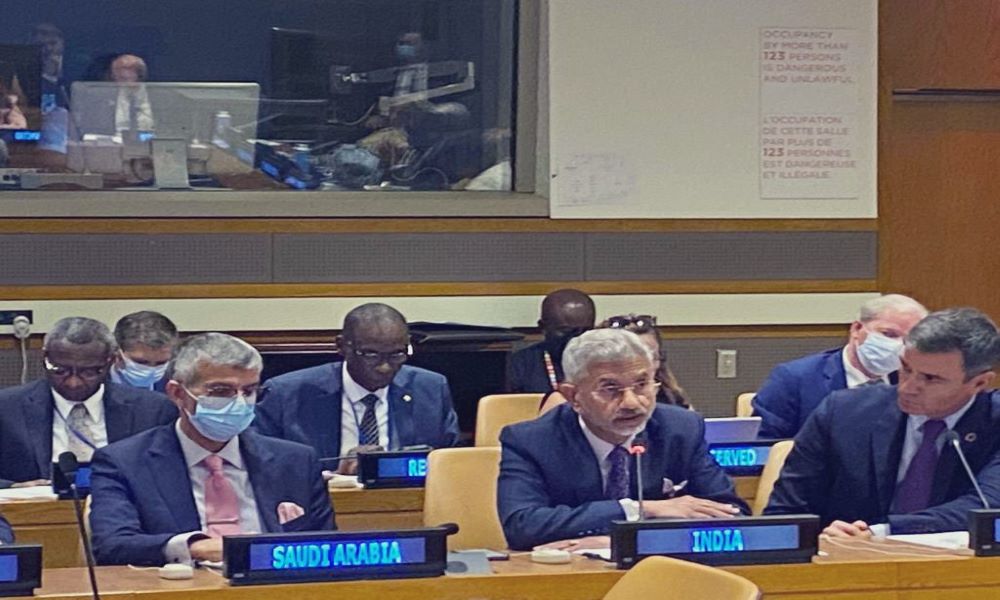 United Nations: India has urged the UN Secuity Council to reflect over the signals it is sending on impunity to some of the world’s most dreaded terrorists without naming China which recently blocked a proposal by the US and India to blacklist Pakistan-based Lashkar-e-Taiba (LeT) terrorist Sajid Mir.

External Affairs Minister S Jaishankar in his address to the UNSC said that the fight against impunity was critical to the larger pursuit of securing peace and justice and demanded that the Security Council send an unambiguous and unequivocal message on this count.

"Politics should never ever provide cover to evade accountability. Nor indeed to facilitate impunity. Regrettably, we have seen this of late in this very chamber (UNSC), when it comes to sanctioning some of the world's most dreaded terrorists.

"If egregious attacks committed in broad daylight are left unpunished, this council must reflect on the signals we are sending on impunity. There must be consistency if we are to ensure credibility."

Jaishankar's remarks come days after China blocked India and United States' attempt to blacklist Mir, one of India's most wanted terrorists and the main handlerer of 2007 Mumbai attacks.

This was China's third move in four months in obstructing the sanctioning of a Pak-backed terrorists at the UNSC.

In August, it prevented the process initiated by the US and India by which Abdul Rauf Azhar, the brother of Jaish-e Mohammed (JEM) chief Masood Azhar, could be blacklisted. In June, China put another hold on a proposal to list Pakistan-based terrorist Abdul Rehman Makki.

Beijing, which calls itself an all-weather friend of Pakistan, has repeatedly put on hold India and US's proposals to sanction Pakistan-based terrorists under the sanctions committee of the UNSC.

Abdul Rehman Makki is a US-designated terrorist and brother-in-law of Lashkar-e-Taiba head and 26/11 mastermind Hafiz Saeed.

Sajid Mir was indicted in the US in April 2011 for this role in the Mumbai 2008 attacks.