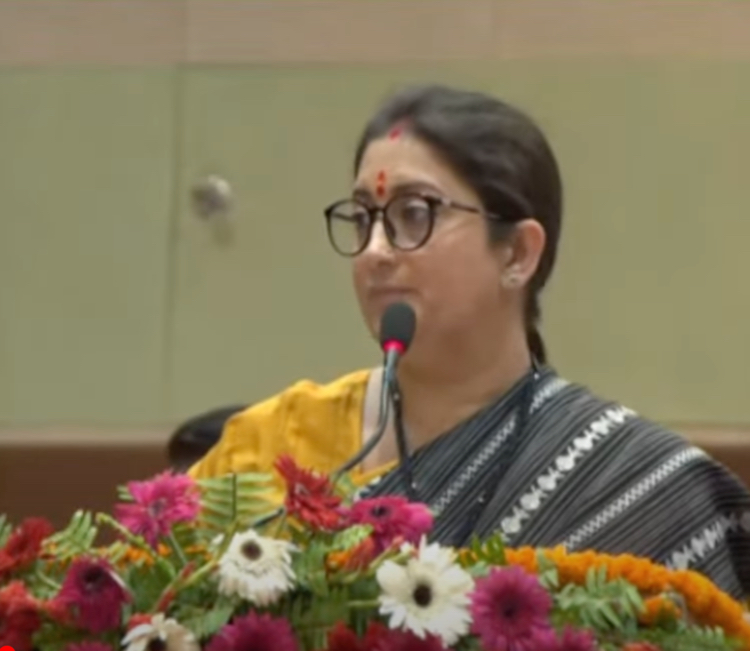 'We need to reform the way we think about gender equality in India': Smriti Irani

"The main problem in India is that we look at gender equality differently. If we really want to change the condition, we’ll have to change our outlook. We’ll have to break the barriers of past assumptions," the minister stressed while speaking at the Public Affairs Forum of India’s (PAFI) ninth annual meet.

"We’ll have to develop a progressive outlook. Today women are taking the front seat at village panchayats," she added.

According to the World Economic Forum (WEF), our country stands at 48th place in the Women Empowerment Index (WEI), the minister pointed out, adding that the women need to become more self-aware.

Giving insights into government schemes for women, Irani said that under the government’s Awas Yojana, 2 crore houses have been allotted to women candidates.

She further informed that out of 4 crore people trained in IT under DISHA Scheme, 58 per cent were women candidates.

The minister urged the women to realise that technology is a great enabler. "Women should not wait for others’ support to enable them but should enable themselves with the technology in their hands."

Under the Swachh Bharat Mission, 33 crore households that were deprived of basic sanitary facilities, including toilets have now been covered, she said.

The Union Minister said poor sanitary infrastructure in India places a six percent burden on GDP, and this can be removed by maintaining proper hygiene and cleanliness.

Further highlighting government's welfare schemes for women, she said sanitary napkins, which were once considered a luxury item, are now available at only one rupee cost making it available to every section of society.

On the issue of women's security, she said that the government has set up one-stop centers in 700+ districts and people should be made aware about them. Around seven crore self-help groups have been enabled with an investment of Rs 480 crores.