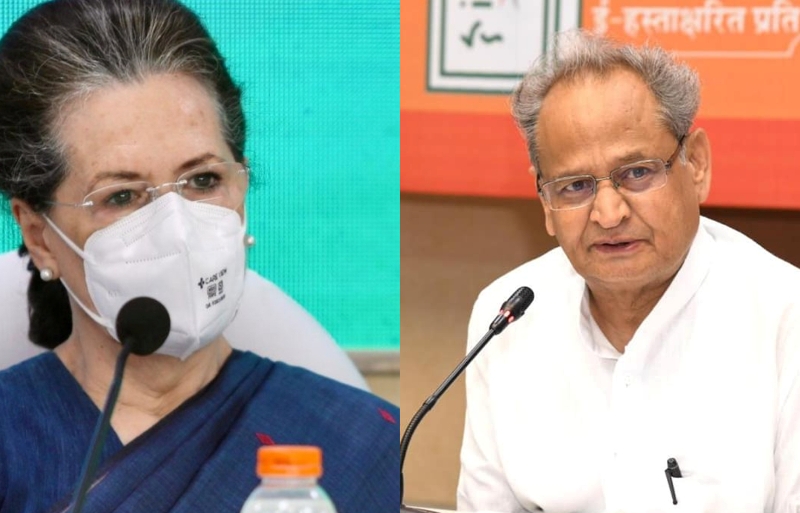 'Will be neutral': Sonia Gandhi to Ashok Gehlot ahead of Congress prez polls

The interim Congress president has indicated to Ashok Gehlot that the elections should be neutral and there will be no endorsement of any candidate, KC Venugopal was quoted as saying by NDTV.

"This has been conveyed, I cannot say about who will contest," he told NDTV.

Gehlot met with Sonia Gandhi this evening amid reports that he is reluctant to give up the post of Rajasthan Chief Minister.

According to reports, the Rajasthan CM said he would try to persuade Rahul Gandhi to change his mind about opting out and return to the post he quit in 2019 after the Congress's defeat in the national election.

He had met Gandhi on Sept 19 at her 10, Janpath residence to seek her approval.

According to reports, Gehlot is concerned that if he moves to a national role, his replacement as Rajasthan Chief Minister will be Sachin Pilot, whose rebellion nearly brought down his government.