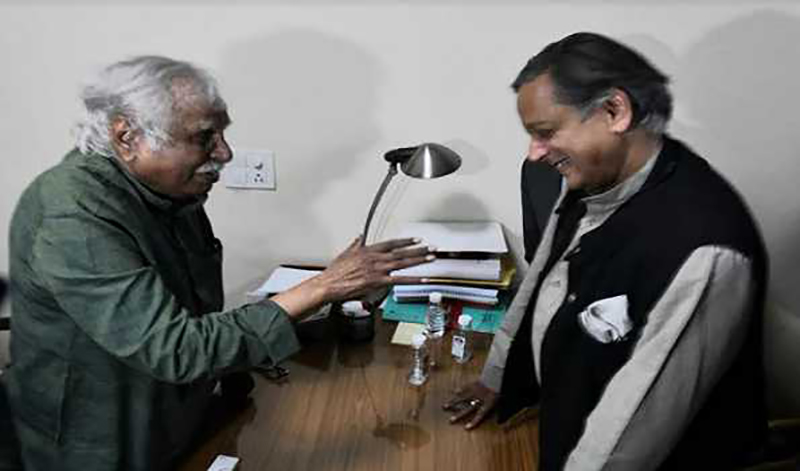 New Delhi: Congress leader Shashi Tharoor on Wednesday made it clear that he has set his eyes on the top party position as he met its central election authority chairman Madhusudan Mistry to find out about the electoral roll and procedure of filing nomination to the president's post.

Mistry told reporters Tharoor enquired about the process of nomination, and also asked for the electoral roll.

The former Union Minister and top diplomat also asked about the rules for campaigning.

He was told that it has to be followed strictly, Mistry said, as he informed that the option of postal ballot will be available for those who are participating in the Bharat Jodo Yatra.

Nominations for Congress presidential polls have to be filed between September 24 and 30.

If there are more than one candidate, the election will be held on October 17 and the results will be declared two days later.

Last time there was a contest for the top Congress post was in 2000, when veteran Jitendra Prasada lost to Sonia Gandhi.