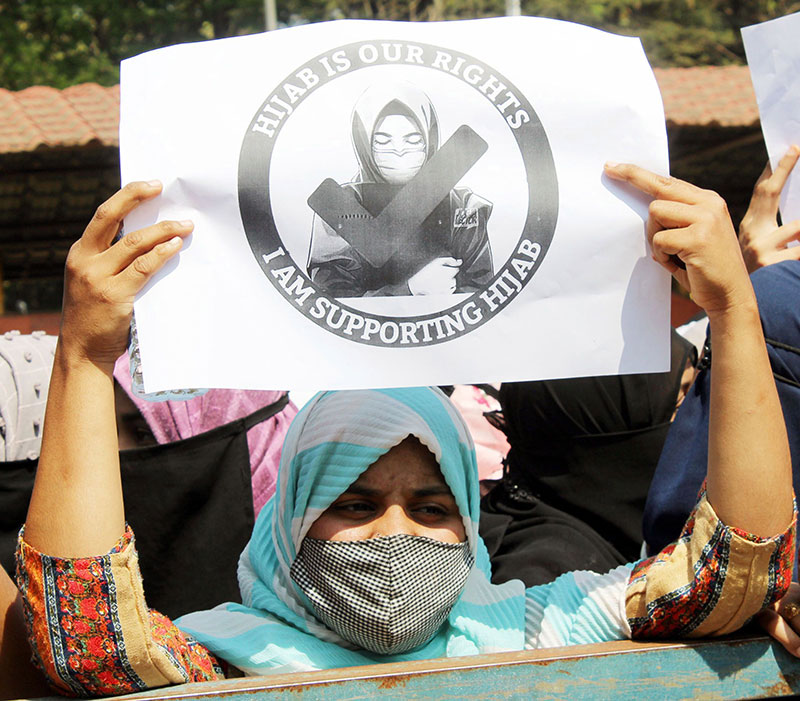 Delhi:  A Janta Dal (Secular) leader lashed out at the Karnataka government on Tuesday after it told the Supreme Court that the student petitioners who challenged the hijab ban in state-run institutes were influenced by the Popular Front of India (PFI).

According to an India Today report, following this statement, senior JD(S) leader CM Ibrahim said, “Indira Gandhi kept a ‘pallu’, the President of India keeps a ‘pallu’. Are these conspiracies by the PFI as well? In Rajasthan, women have ‘pallu’ over their hands. Do we declare them Muslims? ‘Pallu is the culture of Indian tradition."

Solicitor General Tushar Mehta, appearing for the Karnataka government, told an SC bench of Justices Hemant Gupta and Sudhanshu Dhulia that on March 29, 2013, the Government Pre-University Girls College in Udupi endorsed a resolution that a uniform would be prescribed. The uniform code had no mention of hijab and every student wore the uniform.

The petitioner students joined the college in 2021 and followed the uniform rules initially, he pointed out.

“In 2022, a movement began on social media spearheaded by an organisation called the Popular Front of India. The social media movement was designed to create agitation based on religious feelings of the people,” the SG said, the report said.

the Karnataka High Court in a March 15 ruling held that hijab is not a part of the essential religious practice under Islam which can be protected under Article 25 of the Constitution.

It dismissed the pleas filed by a group of Muslim students from the Government Pre-University Girls College in Udupi, seeking permission to wear hijab inside the classroom.

The Supreme Court is hearing a batch of petitions challenging the Karnataka High Court's ruling.