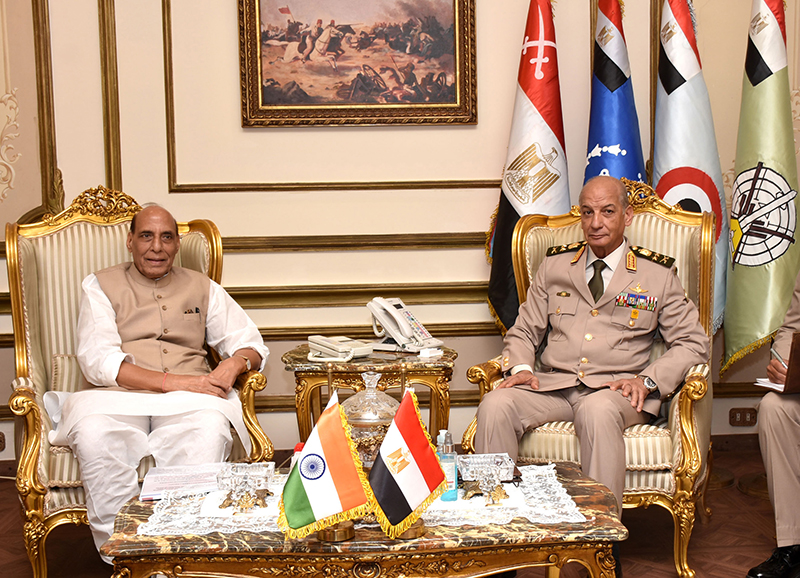 Rajnath Singh, who is on an official visit to Egypt, was accorded a ceremonial Guard of Honour at the Ministry of Defence in Cairo, prior to the commencement of bilateral talks.

During the meeting, both sides discussed steps to strengthen defence ties and reached a consensus to enhance conduct of joint exercises and exchange of personnel for training, especially in the field of counter-insurgency.

The two Ministers also agreed to identify proposals for expanding cooperation between the defence industries of India and Egypt in a time-bound manner.

They also exchanged views on regional security and acknowledged the contribution of India and Egypt to peace & stability in the world. Both sides expressed happiness at the intensified defence engagement and exchanges over the last year, despite the COVID-19 pandemic.

Following the Minister’s call on with the President of Egypt Mr Abdel Fattah El-Sisi, both the Ministers agreed to consolidate and focus on enhancing security and defence aspects of bilateral cooperation. 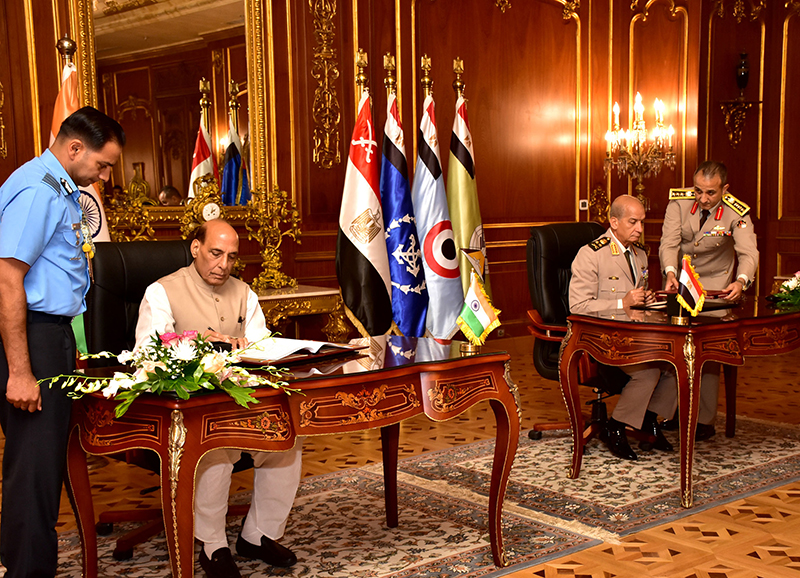 Signing of MoU by the two Defence Ministers on cooperation in the field of defence was a milestone event during the visit, which will pave the way for enhancing defence cooperation across all sectors of mutual interest.

Rajnath Singh also invited his Egyptian counterpart to the India-Africa Defence Dialogue and IOR Defence Ministers’ Conclave, scheduled to be held as part of 12th DefExpo in Gandhinagar, Gujarat between October 18-22, 2022.

As part of his day’s engagements, the Raksha Mantri paid homage at the Unknown Soldier Memorial and Tombstone of the late Egyptian President Anwar El–Sadat in Cairo.