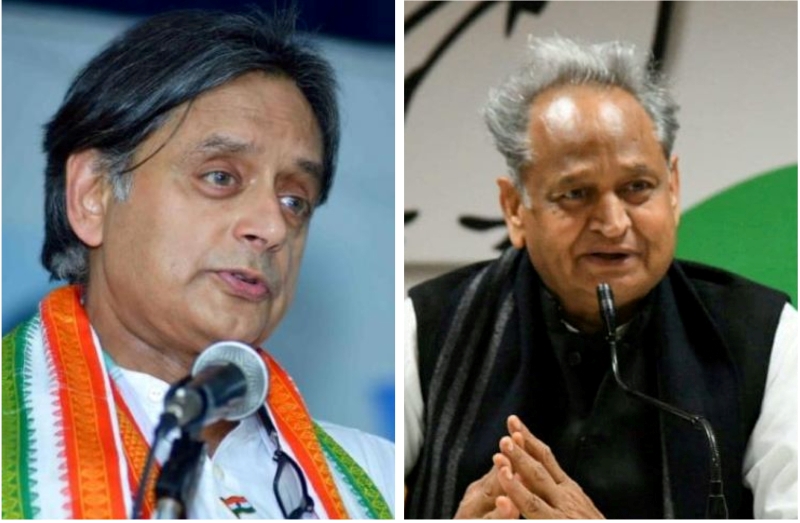 It is Shashi Tharoor vs Ashok Gehlot in Congress Prez polls

According to media reports, Tharoor, a senior leader and a former Union minister, was the first to express his intention to run for the post.

He met Congress interim president Sonia Gandhi at her 10, Janpath residence to seek her approval.

“It's your call. Elections will be held according to the electoral process,” Sonia Gandhi told Tharoor, the sources added.

Tharoor is among those in the party who want major internal reforms though he is not a part of the Group of 23 dissident Congress leaders or the G-23.

The Congress MP from Thiruvananthapuram created quite a buzz with his decision to nominate himself for the key position.

Within hours of Tharoor's announcement, Ashok Gehlot, who is a staunch Gandhi family loyalist and has been pressing for Rahul Gandhi's return to the party's helm, declared his candidacy.

Media reports said he is likely to find support among Gandhi family loyalists, who want only a member of the Congress's first family for the top role.

Congress will elect the party’s next president on October 17. The result will be declared two days later, on October 19.

In the last 25 years, Sonia Gandhi or her son Rahul Gandhi has held the post. Already seven Congress state units have passed resolutions seeking the return of Rahul Gandhi as the Congress president.

This has further fuelled suspicion of many that the Gandhis would retain control of the party with or without an election.