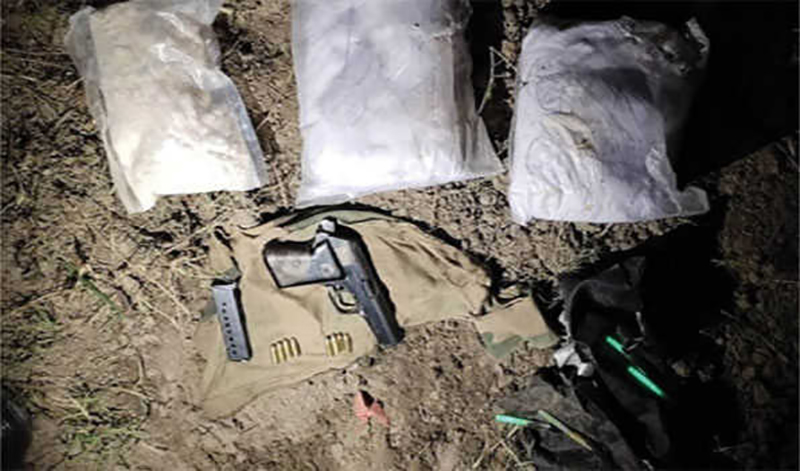 Amritsar: The Border Security Force (BSF) recovered three packets of heroin along with one pistol, one magazine and eight rounds from a field in Amritsar district.

The discovery was made on Sunday night, a BSF statement said on Monday.

A BSF official said here that the smuggled material came from Pakistan. They were probably dropped from a drone.

An officer said the BSF troops fired at the flying object.