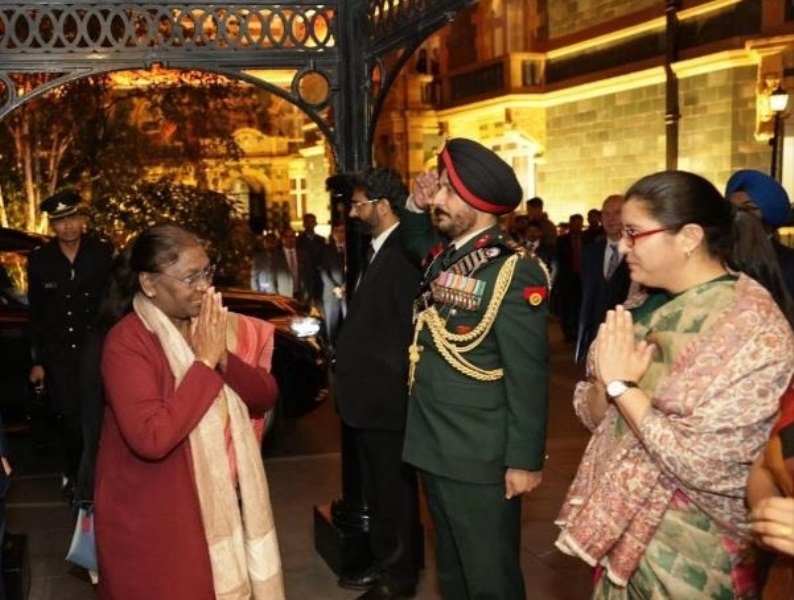 London: President Droupadi Murmu arrived in London on Saturday (September 17) to attend the funeral of Queen Elizabeth II and offer condolences on behalf of the Indian government.

Queen Elizabeth II, who died aged 96 at her summer residence of Balmoral Castle in Scotland on September 8, is lying in state at Westminster Hall before the funeral at London's Westminster Abbey in the morning of September 19.

President Droupadi Murmu emplanes for London, United Kingdom to attend the State Funeral of H.M. Queen Elizabeth II and offer condolences on behalf of the Government of India. pic.twitter.com/HEFkhoh62J

The President is on a three-day visit to the UK where she will attend the Queen's funeral and is also invited to a reception for world leaders hosted at Buckingham Palace by King Charles III on Sunday evening.

On September 12, External Affairs Minister S Jaishankar visited the British High Commission in New Delhi to convey condolences on behalf of the country, a day after India observed a day of national mourning.

Last week, the Ministry of External Affairs (MEA) had confirmed that the President will be travelling to London to attend the funeral service and offer condolences.

"In the 70 years of reign of HM Queen Elizabeth II, India-UK ties have evolved, flourished and strengthened immensely. She played an important role in the welfare of millions of people around the world as Head of the Commonwealth," the MEA statement read.

US President Joe Biden arrived in London for Queen Elizabeth's funeral to be held on Monday.

Some countries that have not been invited to the Queen's state funeral are Russia, Myanmar, Belarus, Syria, Venezuela, and Afghanistan.