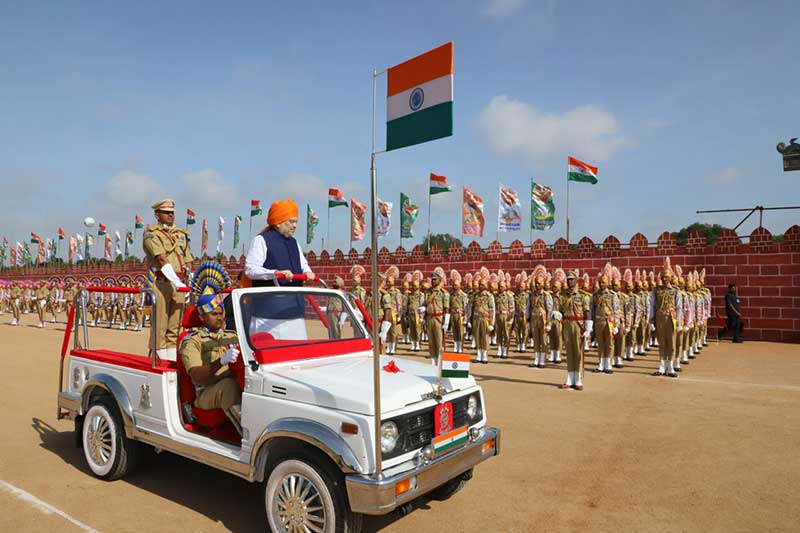 Hyderabad, UNI/IBNS:  Countless had laid down their lives for the freedom of Hyderabad since despite India gaining Independence on Aug 15, 1947, Hyderabad was under the Nizam, said Union Home Amit Shah participating in the 75th Hyderabad Liberation Day programme held at Parade Grounds, Secunderabad on Saturday.

Speaking on the occasion, Shah said on August 15, 1947 the whole country was celebrating Independence but Hyderabad did not get Independence. For 13 months, this region tolerated the injustices and atrocities of the Nizam and when Sardar Patel initiated police action, Telangana became independent.

Shah saluted many leaders of Kalyan Karnataka who fought against the Nizams and launched an armed struggle against the Razakar Sena.

Even after 75 years of independence, political leaders did not dare to celebrate Hyderabad Liberation Day.

They promised to celebrate the day during the elections, but after coming into power they failed to fulfil their promises.

He said Prime Minister Narendra Modi decided to celebrate Hyderabad Liberation Day considering the sentiments of the people of Karnataka, Maharashtra and Telangana and for this many thanks and congratulations to PM Modi.

Shah said the purpose of celebrating Hyderabad Liberation Day is to revive the history of this liberation struggle and revive the tales of the known and unknown martyrs by igniting the flame of patriotism in the youth. 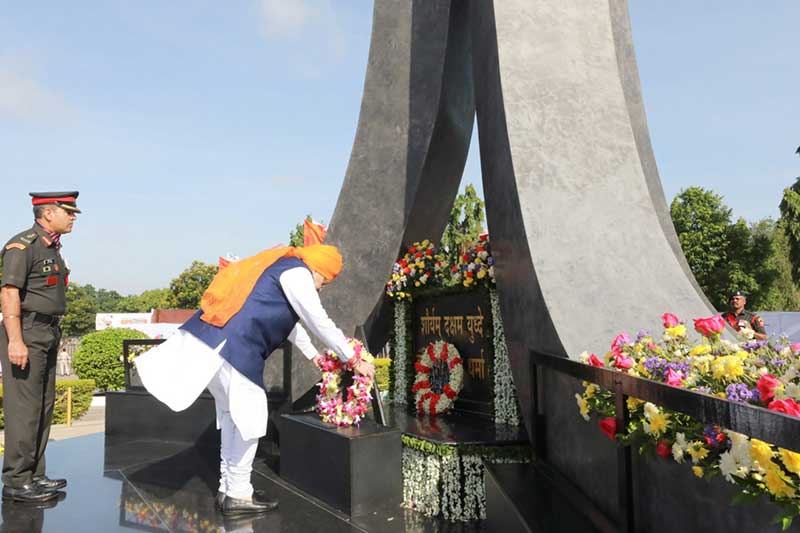 This will revive the spirit of patriotism in our youth. Mr Shah said  Iron Man Sardar Patel took the decision to launch ‘Operation Polo’ despite many difficulties and fulfilled the dream of a united India by making this region free. It was the Iron Man Sardar Patel who defeated the Nizam's Army through police action and gave the people of this region the right to breathe in freedom.

Shah especially paid tributes to brave freedom fighters Narayan Rao Pawar, Jagdish Arya and Gandaiah Arya who displayed supreme bravery while fighting the Nizam's security forces. The Union Home Minister also paid homage to the patriots who were arrested by the Nizam's Army on 15 August 1947, who hoisted the national flag at Osmania University.

He said many organisations had contributed to this War of Independence. Be it the ‘Bhaganagar Satyagraha’ of Hindu Mahasabha and Arya Samaj or Vande Mataram movement launched in Osmania University. The folk songs of the struggle of that time are still sung by the Hyderabad State Congress founded by Gandhi and the farmers of the Bidar region.

The Union Home Minister said on this day in 1948, Telangana, Marathwada and Kalyan Karnataka became Independent and between 13 and 17 September 1948, many heroes were martyred here during a 109 hour struggle.

He said the Nizam and his Razakars tried to crush the people of the three regions by imposing harsh laws, committing unbearable injustice and mistreating women. "Our people had agitated against these misdeeds and atrocities and eventually emerged victorious. Today, Prime Minister Narendra Modi has shown acceptance and paid tribute to the Hyderabad Liberation Movement by deciding to celebrate Hyderabad Liberation Day through an ‘Executive Order’."

Shah reminded the purpose for which the Telangana State was created, and said people who forget these objectives after coming to power, will be forgotten by the State’s people also.

He said the tradition of celebrating Hyderabad Liberation Day started by PM Modi today, will be celebrated with even greater fervour in the future to honour all freedom fighters who liberated Hyderabad.

Chief Minister of Maharashtra Eknath Shinde, Union Minister of Culture and Tourism G Kishan Reddy, Union Home Secretary and many other dignitaries were present on the occasion.