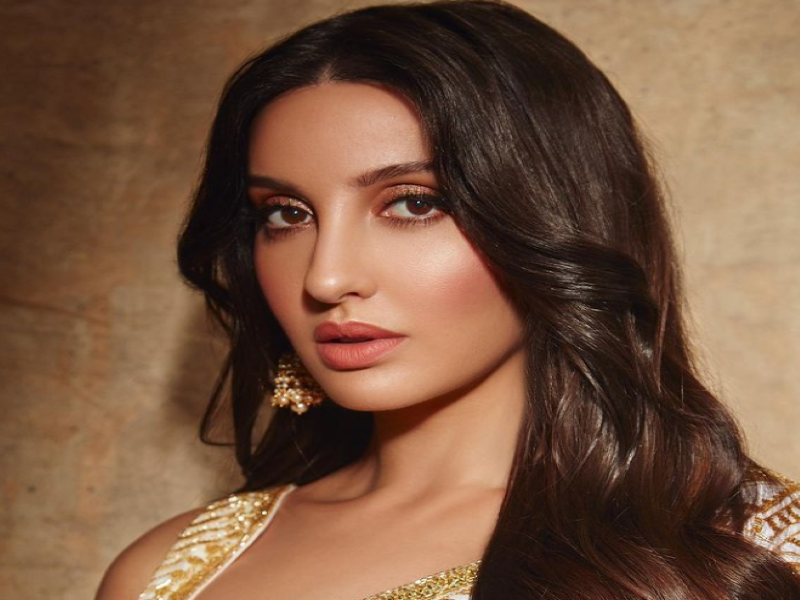 Bollywood actor Nora Fatehi, who was questioned for six hours on Thursday by the Economic Offences Wings (EOW) of the Delhi Police in connection with a Rs 200 crore extortion case linked to conman Sukesh Chandrashekhar, has been given a clean chit, claimed her team on Friday, reported media.

According to the team, the EOW said that Nora was not involved in Sukesh Chandrashekhar's conspiracies to extort money and wasn't aware of the crime syndicate, according to an India Today report.

Nora, unaware of the conman’s doings, has been helping and cooperating with the police as a responsible witness, the team added.

According to Nora's team, the EOW spokesperson said, “Nora did not know about the conman or the crime syndicate. As soon as she realized something was wrong, she raised it with us. Based on Nora’s actions, we will forward the investigation. The investigation is still open and we will come to a final conclusion after considering all the statements, circumstances and evidence.”

Nora Fatehi has told the police that all her communication with Chandrashekhar happened through WhatsApp and she had never met him in person.

Her team said Nora was invited by Sukesh Chandrashekhar's wife, who has a studio in Chennai, for an event. Nora was told not to take a fee and they were gifting her a car instead.

Nora turned suspicious when Sukesh Chandrashekhar started calling her repeatedly and blocked him.

Nora was strictly professional in her dealings, the team said.

Nora Fatehi was quizzed a day after Jacqueline Fernandez was quizzed for nearly eight hours in the same case.

Nora Fatehi's brother-in-law Bobby admitted that he was gifted a BMW worth Rs 65 lakh by Sukesh Chandrashekhar, according to media reports.

On Thursday, Bobby and Pinky Irani were also questioned together by EOW, said media reports.

Nora Fatehi was earlier questioned by the Enforcement Directorate (ED), which is probing the money trail in the case.

Sukesh Chandrashekhar, who is currently lodged in jail, is accused of cheating several people, including high-profile individuals such as former Fortis Healthcare promoter Shivinder Mohan Singh's wife Aditi Singh, and extorting large sums of money from them.