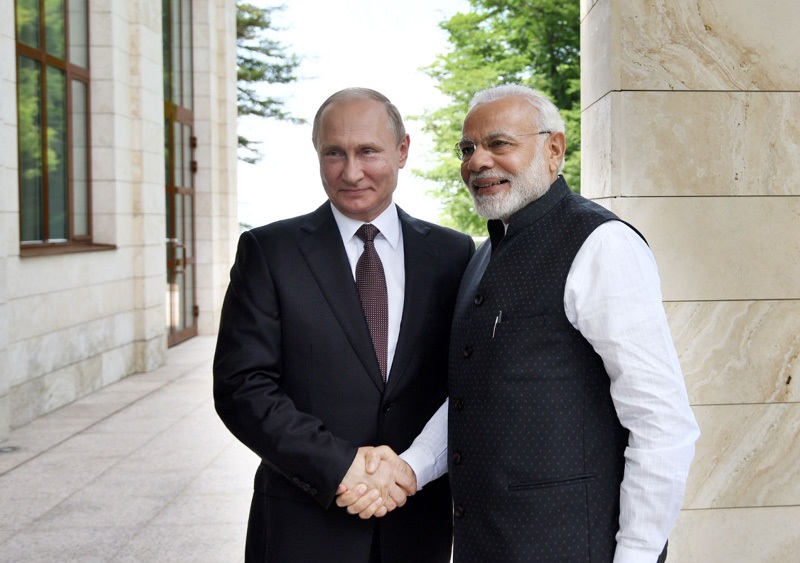 Samarkand: Prime Minister Narendra Modi and Russian President Vladimir Putin will hold bilateral talks on Friday to discuss trade and geopolitics on the sidelines of the SCO summit in Uzbekistan's Samarkand.

"Russian President Putin is going to participate in the forthcoming Shanghai Cooperation Organisation (SCO) Summit. PM Modi is also going. We've already announced that there will be a number of meetings in Samarkand, including with PM Modi," Russian Ambassador to India Denis Alipov said told news agency ANI.

Earlier, the official Russian news agency TASS had quoted Presidential Aide Yuri Ushakov as saying, "A conversation on the international agenda with Modi will also take place, the sides will discuss issues of strategic stability, the situation in the Asia Pacific Region, and, of course, cooperation within major multilateral formats, such as the UN, the G20 and the SCO." 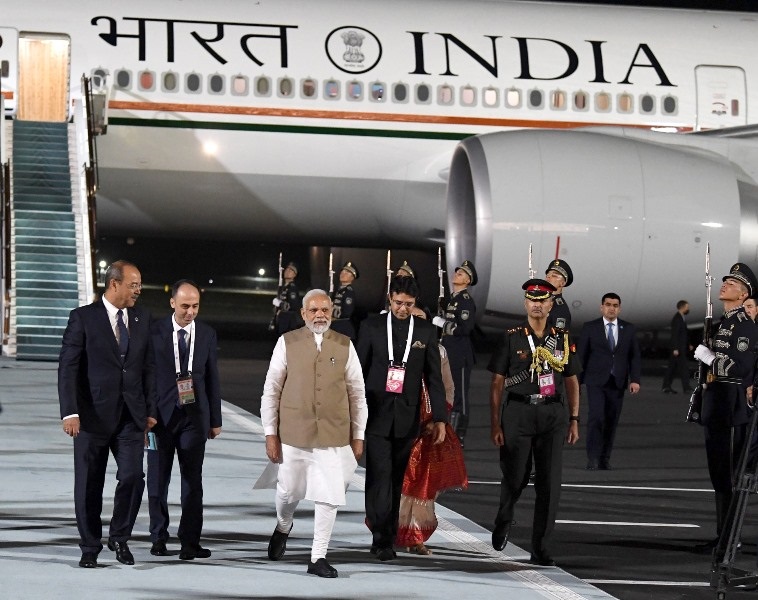 PM arrives at Samarkand, Uzbekistan to take part in SCO Summit, on September 15, 2022.

"This is particularly important, because India will preside in the UN Security Council in December, and, in 2023, India will lead the SCO and will also chair the G20," Ushakov told reporters on Tuesday.

Modi and Putin had met in July when the two leaders reviewed the implementation of the decisions taken during the latter's visit to India in December 2021.

Before that Modi and Putin had talked over the phone after Russia attacked Ukraine on February 24.

Prime Minister Narendra Modi left for Samarkand on Thursday, tweeting, "Leaving for Samarkand, Uzbekistan to attend the SCO Summit, which will witness the exchange of views on a wide range of regional and global issues." 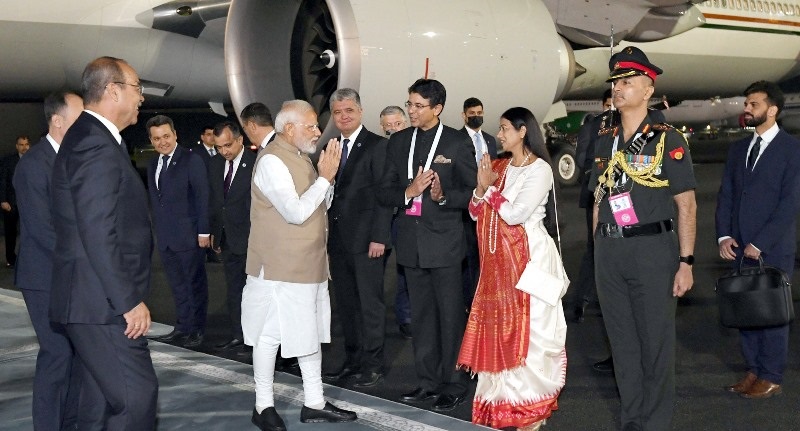 PM arrives at Samarkand, Uzbekistan to take part in SCO Summit, on September 15, 2022.

PM Modi said he was looking forward to exchanging views on topical regional and international issues, as well as on expansion and further deepening of multifaceted and mutually beneficial cooperation within the grouping.

Prime Minister Narendra Modi is among the 15 world leaders, including Russian President Vladimir Putin and Chinese President Xi Jinping, to attend the Shanghai Cooperation Organisation (SCO) summit in Uzbekistan's Samarkand from September 15 to 16.

This will be the first summit post the Covid-19 pandemic where world leaders will be in physical attendance.

Two years ago, in June 2109, the leaders had last assembled in Bishkek, Kyrgyzstan for the SCO summit.

This summit gathers significance for India as it will attain the rotational presidency of SCO at the end of the Samarkand meet.

This means India will host the next SCO summit in 2023.

Prime Minister Narendra Modi's visit will be closely watched for the possibility of bilateral meetings with China on the sidelines of the summit.

SCO is an inter-governmental organisation founded in 2001. Its has eight members --- China, India, Kazakhstan, Kyrgyzstan, Russia, Pakistan, Tajikistan and Uzbekistan.