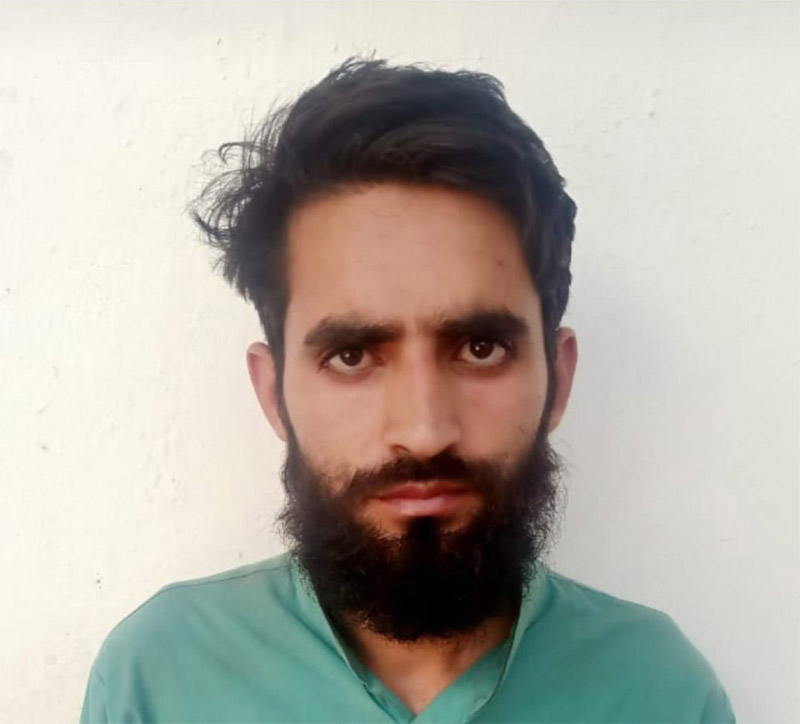 Jammu: Police on Thursday arrested one hybrid terrorist along with arms and ammunition in Reasi district of Jammu and Kashmir.

Reasi Senior Superintendent of Police Amit Gupta said that acting on tip off one person, Zaffer Iqbal of Bal was arrested. He was in touch with terrorists handlers in Pakistan.

His brother Mohd Ishaq was LeT terrorist and was killed in an encounter with security forces in Rajouri and reportedly one of his relatives Abdul Rashid of Ladh is in Pakistan and is also working with terror groups.

Police team raided and arrested Zaffar Iqbal from Plaasu Nallah and put him under sustained interrogation.

The SSP said that during interrogation, he confessed about his links with terror organizations and about commission of offense.

Upon his disclosure, a joint operation was launched by team of Police, Rashtriya Rifles and CRPF in Angrala forest and arms, ammunitions and explosives were recovered from a hideout in the area.

The recovery included two pistol glocks (one damaged), four magazine pistol glock (two damaged), 22 rounds of 9mm live, one grenade besides Rs 1,81,000 in cash, which was to be used for terror related activities in future.

A case under various sections of Explosive Act and UAPA has also been further registered against him.

"The arrest and recovery is a big success. The hybrid terrorist was in touch with terror groups and with his arrest a major terror strike is averted," the SSP added.

He said Pakistani handlers are constantly trying to revive of militancy in upper reaches of the district.

The top cop said peace loving citizens of Reasi have disowned militancy and such attempt will fail.