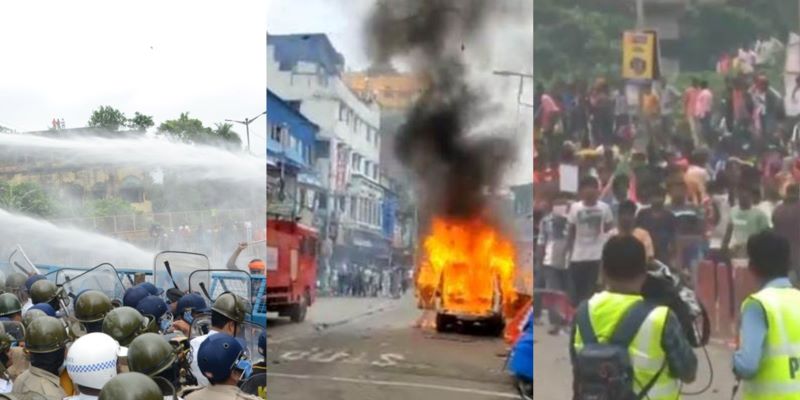 Kolkata/IBNS: Clashes, lathicharges, arson were on full display on the streets of Kolkata and Howrah during the Bharatiya Janata Party (BJP)'s mega march to West Bengal Chief Minister Mamata Banerjee's office Nabanna in protest against the state government's alleged involvement in corruption Tuesday. 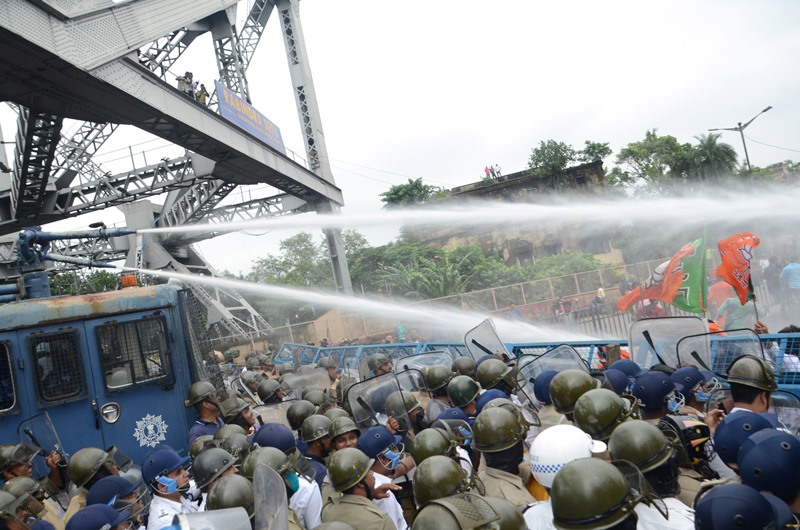 Despite the denial of permission by police, BJP workers from various districts headed to the state capital Kolkata and its neighbour Howrah to join the march, which was dubbed as Nabanna Abhiyan by the saffron camp.

In the morning, police erected tall guardrails in a bid to thwart the protesters' entry in close proximity to Nabanna, whose 14th floor leads to the Chief Minister's cabin. 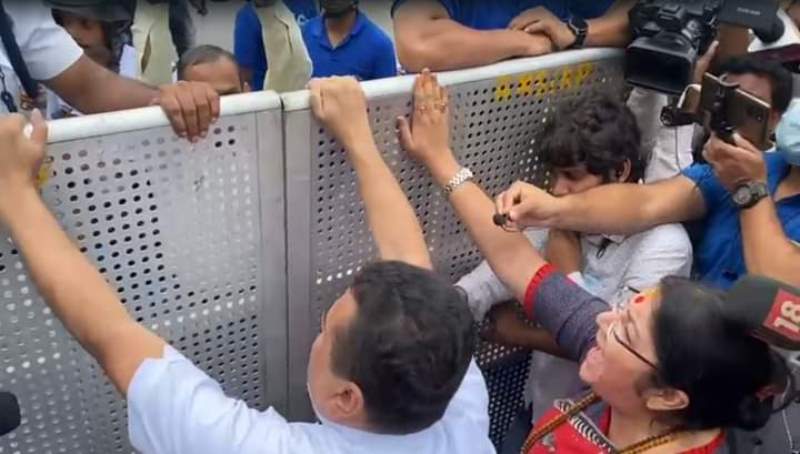 In the initial hours of the march, Leader of Opposition Suvendu Adhikari and Lok Sabha MP Locket Chatterjee got engaged in an argument with the police after the two were stopped from reaching Santragacchi, which falls in the Howrah district.

After a brief argument and sloganeering in front of the police, Adhikari, who defeated Mamata in the 2021 assembly elections in Nandigram, was detained. 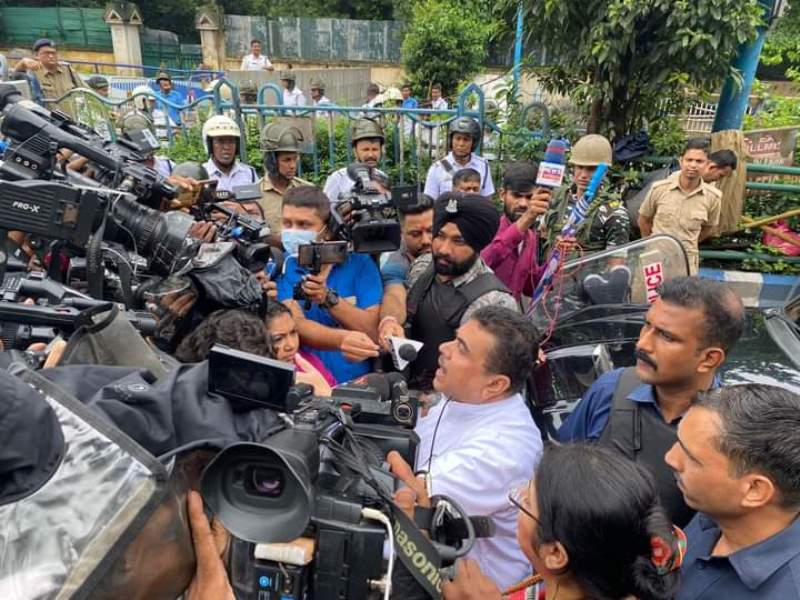 "You are lady, I am male, don't touch my body," Adhikari was heard saying in a video.

Scenes turned violent in the late afternoon when the protesters clashed with police, water cannons and tear gas were fired on the mob to disperse followed by lathicharge.

In some videos, which India Blooms did not verify independently, a few protesters were seen attacking police and setting police vehicles on fire. 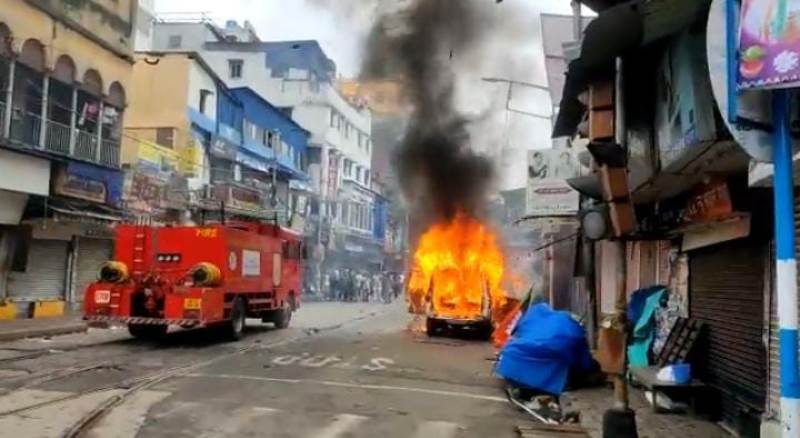 "Being unable to cope up with the pressure from the corruption (allegations), she (Mamata Banerjee) is trying to stop the protest by violent means."

The BJP has claimed 1,235 of their workers were arrested, 363 were injured and 35 including three in serious condition were hospitalised.

The West Bengal Police have claimed 56 of their personnel were injured in the clash in two districts, Kolkata and Howrah.

Meanwhile, Mamata, who also heads the TMC, was in Kharagpur for her district level meetings Tuesday.

Taking a swipe at the BJP's march, the Chief Minister said, "People did not turn out. The hype was punctured. There is no need to give it (Nabanna Abhiyan) any importance." 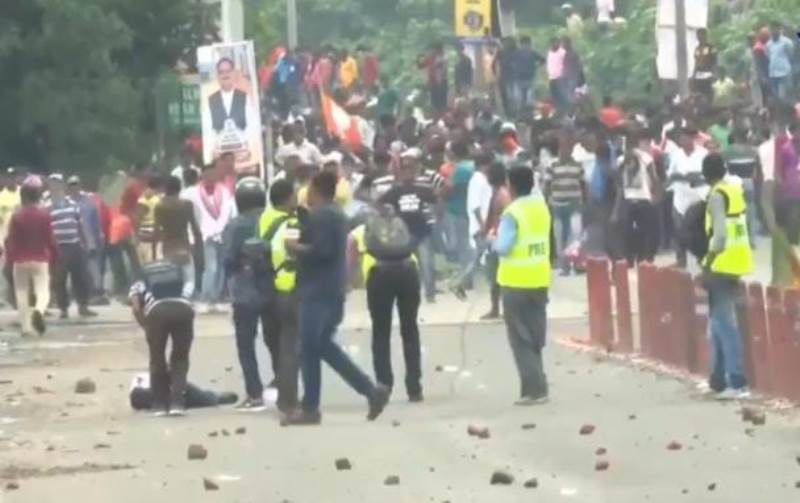 TMC leaders under the scanner

The state politics is on the boil after an unprecedented scene of recovery of cash worth Rs. 50 crore from Chatterjee's aide Arpita Mukherjee's two flats were telecast live on television.

Chatterjee, a former state education minister, was arrested by the Enforcement Directorate (ED) in connection with the teacher recruitment scam.

Mondal was arrested from his residence by the Central Bureau of Investigation (CBI) for his alleged involvement in the cattle smuggling case.