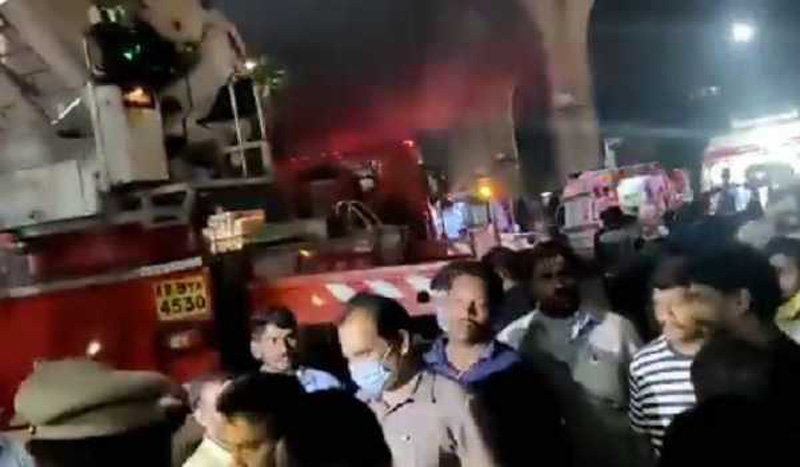 Hyderabad: At least six people have died and four others injured in a major fire that broke out here in Telangana at an electric bike showroom.

It is being said that batteries of ebike exploded causing the blaze around 11 pm that quickly spread into a lodge-cum hotel housed in the four storied building. The showroom was on the ground floor.

The injured were mostly from among those who tried to jump down from the lodge above to escape the inferno.

Hyderabad Commissioner of Police CV Anand, who rushed to the spot, said six tourists have died in the fire. While four others terrified by the blaze attempting to jump down from the lodge were injured and have been shifted to hospital.

Of those injured, one was critical while the rest were out of danger, he said.

There were 20-25 tourists in the lodge at the time of incident, he added.

Fire tenders rushed to the spot, doused the flames and rescued people from the luxury lodge as state