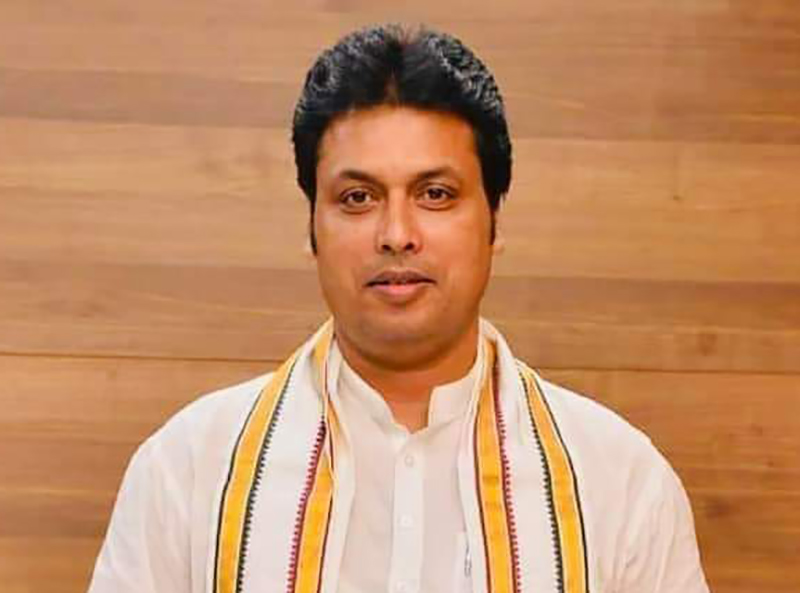 Agartala: BJP has nominated former Tripura Chief Minister Biplab Deb as a candidate for the by-election to the only Rajya Sabha seat in the state, media reports said.

The by-election to the Rajya Sabha seat in Tripura is scheduled on September 22.

It fell vacant after Dr Manik Saha resigned in July this year following his appointment as the chief minister of Tripura.

"I am committed to working for the development and welfare of Tripura and its people," he added.

I am committed to work for the development and welfare of Tripura and it's people. pic.twitter.com/7K4ZloW1Vt

The Left Front has nominated former state finance minister and MLA Bhanulal Saha as its candidate for the Rajya Sabha by-poll.

BJP gave an organizational role to Biplab Deb after he stepped down as the Tripura CM. he has been made in-charge of party affairs in Haryana.

“We need to keep the BJP in power for long in Tripura," Deb had said after he stepped down in May.