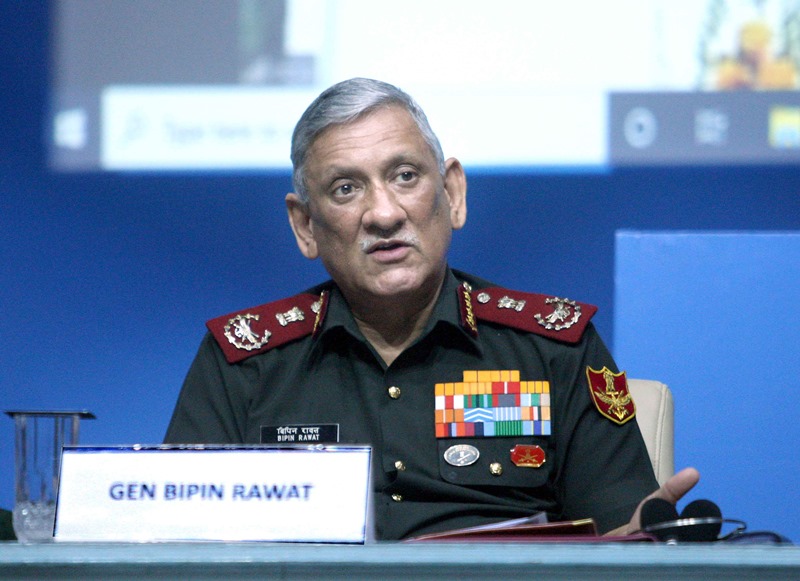 Kibithu: Kibithu is a small hamlet on the banks of the Lohit Valley in the Eastern most part of India. A circle under Anjaw district of Arunachal Pradesh, Kibithu is also an important Military Camp of Indian Army guarding the Line of Actual Control.

General Bipin Rawat, the first Chief of Defence Staff of India commanded his Battalion 5/11 Gorkha Rifles as a Colonel at Kibithu from 1999-2000 and contributed immensely in strengthening the security structure of the area.

His vision and foresight were instrumental in implementing the infrastructural development and social growth in the area which greatly benefitted the local populace.

To honour his selfless service to a grateful nation, a solemn dedication ceremony was held at Kibithu on September 10 at the behest of the State Government.

The event was graced by Governor and Chief Minister of Arunachal Pradesh, General Officer Commanding-in-Chief Eastern Command, Senior Military and Civilian dignitaries and the daughters of General Bipin Rawat. During the ceremony, Kibithu Military Camp was renamed as GENERAL BIPIN RAWAT MILITARY GARRISON wherein a grand gate built in local traditional architectural style was inaugurated by the Governor.

The 22 Kms road stretch from Walong to Kibithu was dedicated as GENERAL BIPIN RAWAT MARG by Chief Minister of Arunachal Pradesh.

A majestic life size mural of the General was also unveiled followed by an address by the Governor.

The event was witnessed by citizens of Kibithu and Walong. The dedication ceremony has further synergized Civil – Military relations and is a befitting tribute to the first Chief of Defence Staff of India.