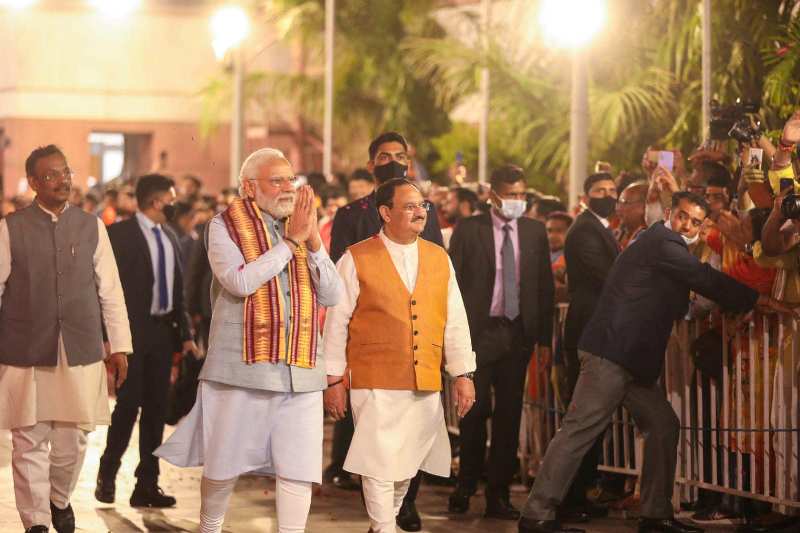 New Delhi/IBNS: With an eye on the 2024 national elections, the Bharatiya Janata Party (BJP) Friday announced new roles for its leaders, who were sacked as chief ministers and central ministers.

Former Gujarat Chief Minister Vijay Rupani, former Tripura Chief Minister Biplab Kumar Deb, and former Union Ministers Prakash Javadekar and Mahesh Sharma have all been assigned states as a part of the preparation for the election.

Vijay Rupani will be in charge of Punjab and Biplab Deb will take charge of Haryana.

Prakash Javadekar will look after Kerala, according to orders issued by party chief JP Nadda.

Bihar will be the responsibility of party general secretary Vinod Tawde, who was earlier in charge of Haryana.

Om Mathur, who is considered Prime Minister Narendra Modi's confidant, will take charge of Chhattisgarh besides his role in the Central Election Committee.

Chhattisgarh is a crucial state for the BJP as elections are due there next year and the saffron party is eyeing to unseat the Congress.

Former Bihar minister Mangal Pandey has been given charge of West Bengal, where the party is aggressively pursuing votes.

He will work with Sunil Bansal, who has been made the in-charge of Bengal and Telangana.

Most of these leaders held no party post and had been assigned responsibilities ahead of the 2024 elections.

Meanwhile, Laxmikant Vajpayee will take charge of Jharkhand and Mahesh Sharma will look after Tripura.

Sambit Patra, BJP's prominent TV face, will be the coordinator for the northeastern states. Party national secretary Rituraj Sinha will be joint coordinator.