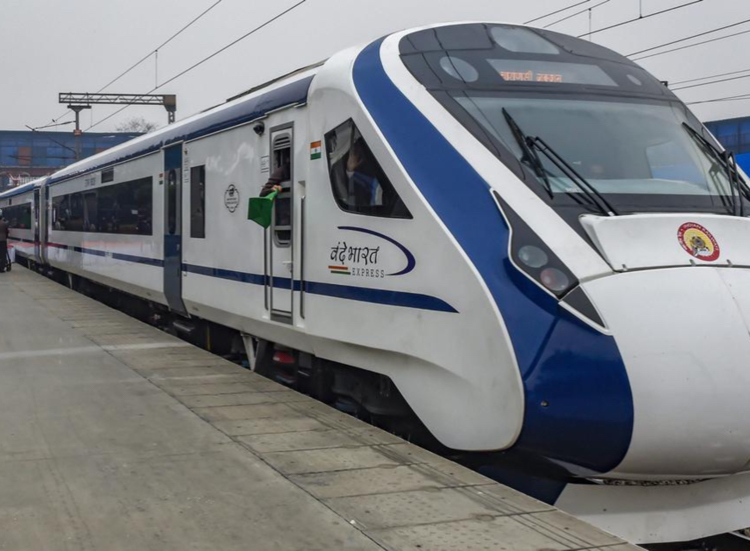 New Delhi/IBNS: Union Railway Minister Ashwini Vaishnav on Monday said the trial of the third rake of Vande Bharat train has been completed successfully and its maximum speed will be 180 km per hour.

"It reached 0-100 kmph in 52 seconds compared to 55 seconds taken by the bullet train," the Minister told the media.

He added that its production will begin in Oct.

The first generation Vande Bharat trains reached 0-100 kmph in 54.6 seconds and have a maximum speed of 160 kmph.

The new Vande Bharat trains would have newly added features, including reclining seats, three-hour battery backup and content on demand with Wi-Fi facility.

For the first time, the railways have fitted a photo catalytic air purifier as part of the air conditioning system in the coach to filter and clear the air from viruses and bacteria.

The weight of the train has been reduced by 38 tonnes to 392 tonnes and it can continue functioning even with two feet of flood waters on the tracks.

The Southern Railway shared a video of the trial run and lauded the stability inside the new coaches even at high speed.

Visuals from inside the train showed a glass of water filled to the brim not shaking even as the train speeds at 180 kmph.

A self-propelled engine train, it does not have a separate engine.

The first Vande Bharat Express train was launched in Feb. 2019 on the New Delhi-Varanasi route.

The second will be from Delhi to Vaishno Devi in Jammu.

The government has set a target of 75 Vande Bharat trains to be manufactured and deployed across the country by Aug. 2023.